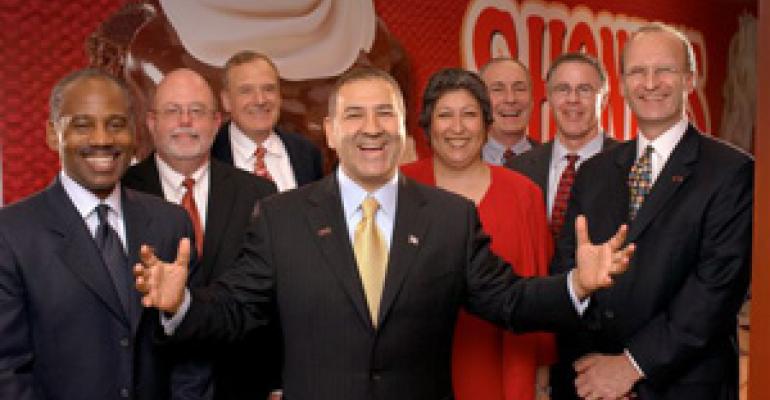 "It's the dream team," said David Davoudpour, the Church's Chicken franchisee who purchased the 283-unit chain in January. "We want to expand. In order to do that, you have to have qualified people." Davoudpour serves as chairman and chief executive of Shoney's Inc., which remains based in Nashville. He remains one of Church's largest licensees.

Shoney's Inc. has purchased five restaurants from a franchisee in northern Georgia, bringing the total of company-owned restaurants to 57.

Myers had been a key figure in Wendy's push into non-traditional sites in the mid-1990s. Earlier, he had served in a development capacity for Taco Bell. More recently, he founded H3 Consulting LLC in Atlanta to design franchising programs, and co-founded Providence Realty Group LLC, a real-estate development and construction management company.