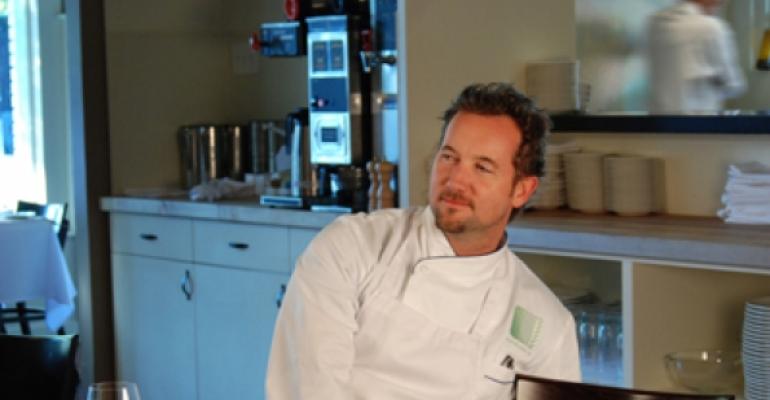 Now, Doty has revealed plans to expand in the fast-casual marketplace with a chicken concept called Bantam & Biddy, which he plans to open in a 2,000-square-foot space designed by Johnson Studio in the Ansley Mall in Atlanta this September.

Doty recently spoke with Nation’s Restaurant News about his plans.

Tell us about your new restaurant.

It’s going to be rotisserie chicken with a lot of sides. It will basically be kind of like a [traditional southern] meat-and-three kind of experience. But we’re using local, free-range and pastured poultry, which is something I’m real passionate about, and seasonal sides, in a fast-casual setting. I’m also hiring a dessert chef.

What sorts of sides do you have in mind?

Traditional sides like mashed potatoes and turnip greens, but seasonal things, too, so at this time of year we’ll also have radishes or asparagus.

So you can get a half or quarter chicken, but you can also get a local, seasonal side, which speaks to me as a chef.

What sort of check average are you looking at?

I think the average check will be $8-$10 at lunch and $12-$15 at dinner. This is a kind of opportunity to introduce better poultry at a price point that’s not a fine dining event.

It will also be open for breakfast. There’s definitely going to be different preparations of pastured eggs — everything from eggs Benedict to egg white burritos. Pastured eggs are the gateway to pastured chicken because they’re an affordable luxury.

How much more will you have to spend on your chicken?

Pastured chicken is probably twice as expensive [as a high-end conventionally raised chicken], but when you do the rotisserie chicken — a quarter with two sides — for $10 or $11, you can make it work.

It’s insanely busy. I use grass-fed beef there, and I’ll be using the same supplier for my chicken.

Poultry is the No. 1 consumed meat in America, and it’s a pretty interesting subject if you drill into it. This is a kind of opportunity to remain creative and to stay in the game a bit as a culinarian.