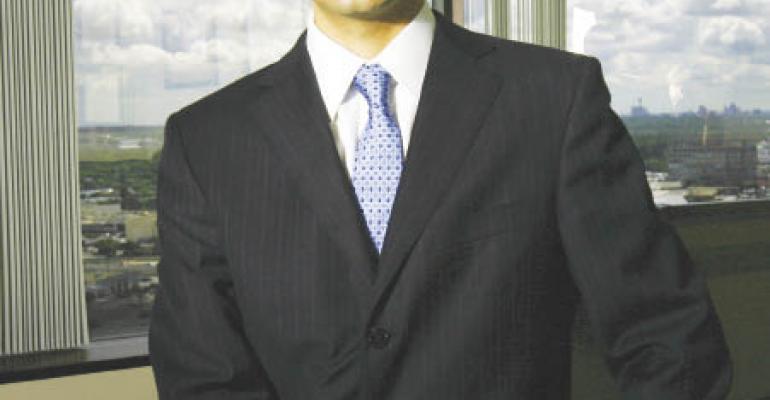 Steak n Shake, the iconic, 76-year-old American brand, is much older than its chairman and chief executive, Sardar Biglari. Founded in 1934, Steak n Shake boasts nearly 500 locations, systemwide sales of $724 million and more than 20,000 employees. It is controlled by one man, a 33-year-old investor.

By most accounts, Biglari’s leadership of the chain since 2008 has created a significant company turnaround.

Steak n Shake posted one of the strongest fiscal years in foodservice last year — quite a feat for a chain typically in lock step with family- and casual-dining brands, two segments that have been hit hard during the Great Recession.

“If fiscal 2008 was annus horribilis, and it was truly horrible, then, by contrast, fiscal 2009 was annus mirabilis, or a miraculous year,” Biglari wrote in a shareholder letter to investors at Steak n Shake. “2009 was a year marked by the reversal of the decline in customer traffic that had been troubling Steak n Shake over most of the last decade as well as a welcome reversal of operating losses that started in late fiscal 2007.”

Writing in a report in August 2009, just prior to the close of Steak n Shake’s latest complete fiscal year, securities analyst Steve West at Stifel Nicolaus noted the chain’s successful turnaround efforts and the possibility for a better current year.

“We believe fiscal year 2010 will be a rebound year for the company,” he said, “but will significantly hinge on management’s ability to sustain positive same-store sales in order to leverage its costs and maintain the improvements made during fiscal year 2009.”

For all of the success at Steak n Shake, Biglari has a short, albeit storied, relationship with the restaurant industry.

Underperforming chains like Western Sizzlin’, Friendly’s, Applebee’s and Steak n Shake first began to catch his attention in 2005. With funds collected from selling an Internet company in 1999 and creating a successful hedge fund, Lion Fund, shortly thereafter, Biglari invested heavily in Western Sizzlin’, the 100-plus-unit grill-buffet chain. He pushed for a seat on the board of directors there and eventually took control.

Using Western Sizzlin’ as a holding company, he invested in Friendly Ice Cream Corp., and ruffled feathers with a public investor battle complete with billboards in Friendly’s home turf of Boston advertising his cause, “Enhance Friendly’s.” The chain and parent company eventually sold to Sun Capital.

More recently, Biglari has dabbled in Red Robin Gourmet Burgers, and an associate of his was part of an investor group stirring the pot at Denny’s Corp. But Biglari set his sights on Steak n Shake, which he acquired in 2009, merging Western Sizzlin’ and Steak n Shake and renaming the company Biglari Holdings Inc.

Biglari did not give an interview for this profile, nor did executives at Biglari Holdings. In an interview with Nation’s Restaurant News in 2007, he said, “I don’t allow conventional thinking to drive … decision making.”

Indeed, unlike nearly all public companies — Biglari Holdings trades on the New York Stock Exchange — the chief executive does not hold quarterly conference calls for analysts, and he does not travel to investor conferences.

“We think that sort of footwork is an unproductive use of our time and adds no value to [company] shares. After all, talk is cheap, but cash isn’t,” he said in a chairman’s letter sent to shareholders and posted online in December 2009, one of the very few ways that Biglari communicates with the public, particularly shareholders.

In that letter, Biglari outlined the strategic steps taken to facilitate the turnaround at Steak n Shake.

His goals in 2008 were to “form a strong management team; achieve a low cost structure; maintain a sound balance sheet; establish a focused strategy.”

The chain used lower prices to drive traffic, particularly with its “4 meals under $4” deal. Steak n Shake also holds half-price happy hours for all drinks and shakes, and kids eat free with the purchase of an $8 entrée.

The company also looked to cut costs. Underperforming stores were closed, corporate restaurants were sold to franchisees and operating costs were evaluated.

“We have disproved the outworn quotation, ‘You can’t cut your way to success.’ This overused adage is hazardous to decision-making acuity,” Biglari said.

While the turnaround at Steak n Shake has caught both media and industry attention, Biglari is not without controversy. His salary was set at $280,000 in 2008, according to securities filings, and in 2009, the board of directors voted to increase his salary to $900,000. Observers noted it was quite a jump, especially as the turnaround was still underway.

He also took the investment community by surprise when he waged proxy battles so publicly, like during his stint as an investor at Friendly Ice Cream. His total control over cash and capital decisions at Biglari Holdings also is a rare occurrence. In 2007, when Biglari was making industry waves, he wouldn’t comment on his tactics, only telling Nation’s Restaurant News that he makes long-term decisions on the businesses he believes in.

It looks like he believes in Steak n Shake. Biglari sounds positive on the future of the chain throughout his letter to shareholders. He calls the brand portable, says it holds unmatched offers to franchisees and highlights its connection with U.S. consumers.

Acquisitions could be in the near future as well. As Biglari states to shareholders, Biglari Holdings is just that, a holding company, and cash will be invested how the chief executive sees fit.

“We have no investment committee intruding on capital and investment decisions,” he said. “Any mistakes that would occur, and I assure you there will be errors, are only mine to make.

“Further, when undertaking acquisitions, we will not utilize investment bankers. Doing so is simply not our style.”