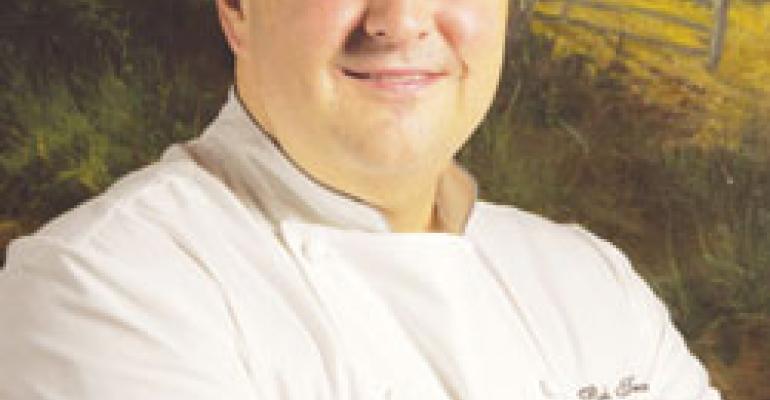 Rick Tramonto, a Chicago-based fine-dining chef, is working as a brand ambassador for Wendy’s to promote the fast-food chain's new line of salads.

Tramonto, who founded Tru restaurant with pastry chef Gale Gand in 1999, recently presented the salads to media at the Institute of Culinary Education in New York City. He assembled Wendy's new Apple Pecan Chicken, Baja, BLT Cobb and Spicy Chicken Caesar salads while expressing support of the chain’s use of fresh ingredients.

Tramonto also explained that his first cooking job was working with Dave Thomas at Wendy’s, and that the chain’s spirit of quality and training was instilled in him.

A Wendy’s spokeswoman said Tramonto will be doing two online product briefings for bloggers next week.

Tramonto recently announced his departure from Tru to follow other pursuits. He is still involved in Tramonto’s Steak & Seafood in Wheeling, Ill.

Wendy's new salads mark the third iteration of salads at the 6,000-plus-unit burger giant, which introduced salad bars in the 1980s. It launched its “Garden Sensations” salad line in 2002.

This also is not the first time that a Chicago-based fine-dining chef has helped promote quick-service items.

Neither Bayless nor Tramonto were involved in the development of the products they promoted.