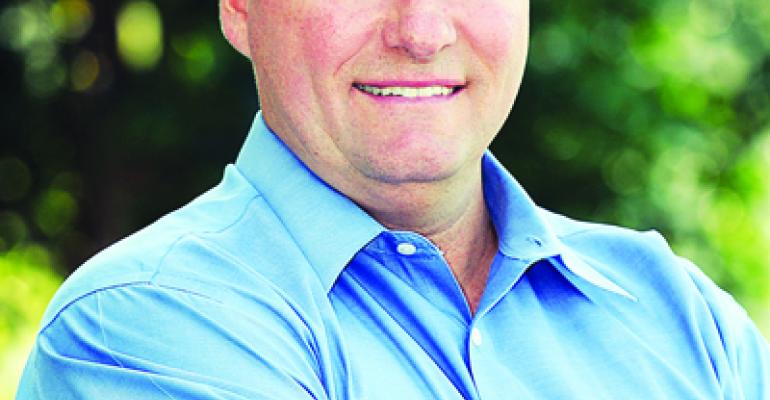 American culture is a central theme at Johnny Rockets, and it’s a theme that’s mighty popular as the chain looks for growth opportunities overseas.

Earlier this week, Johnny Rockets celebrated its 25th anniversary with media events on both coasts, during which company officials dished out a lot of information — although apparently not all of it accurate.

Fuller set the record straight and offered some details on sales trends, pricing and growth ahead:

Johnny Rockets is in 16 countries now, including the United States. What are your plans for international growth?

Our plan this year is to open 40 restaurants, about 20 international and 20 in the United States. We hope to do 200 to 300 over the next five years, about 60 percent of which will be international.

Some of the recent deals we’ve signed internationally include Russia, where American Diner Co. Ltd. is planning to build 40 units over 10 years. In Korea, franchisee Shinsegae Food Co. Ltd opened its first store in Seoul in February, and they’re already working on their third of five planned over five years.

In the Dominican Republic, Gamal Hache bought exclusive rights and is planning five units. And, in Libya, Suliman Giornazi planned on opening three. He got within two weeks of opening his first, however, but plans were put on hold by the civil unrest and riots there.

I’m going to China and Indonesia next week, and we are working on some deals that might be big.

We will open a unit in Monterey, Calif., this summer, which will have beer and wine. We haven’t built a company store in four years. We’ll do more where we can, but we won’t go into new markets, only those where we already have a corporate presence.

How are same-store sales trending?

The entire system is positive for the first time in four years. In fiscal 2011 among company owned, international and domestic franchise, we were positive on all three fronts, and I think we will be even more positive in this next year.

Among company-owned restaurants — which is 26 stores — we have been up double digits since January. We’re learning some things that we can share with our franchise community. And it has all been driven by transactions versus price increases.

Have you increased prices or do you plan to?

We have not raised prices in two years in corporate stores. It’s something we’re analyzing, but it’s very much in the early stages. I’ve always said, if you’re going to do a price increase, it should be at least 1 percent to 2 percent, if you’re even going to go through the drill. We haven’t done it yet, and I don’t know if we will. Because of recent trend of our sales, I have no interest in rocking that boat.

You’ve been talking a lot about improving the quality of menu items. In what way?

We’ve never used frozen beef, but we’ve improved the quality of the beef blend. We’ve gone to using the best tuna and a higher-end hot dog. We’ve looked at ways to improve the fries and the ice cream shakes. Instead of trying to find the cheapest version, it’s about how good can we afford.

Hasn’t that raised your food costs?

It has raised the cost. To mitigate the costs, we’ve consolidated vendors and tried to make sure we’re cognizant of points of distribution, so we can lower freight costs. We’ve reduced the number of warehouses we use.

What are your projections for higher commodity costs?

We see [an increase of] 50 to 75 basis points across the system for fiscal 2012. But that’s in part because we’re going to higher quality stuff.

We’re testing some new menu items. We’re trying some new salads and sliders. We’re thinking about moving things around, like instead of having sliders just as an appetizer, putting them in as a core menu item. We’re trying things like sweet potato fries. We might redesign the look of the menu.