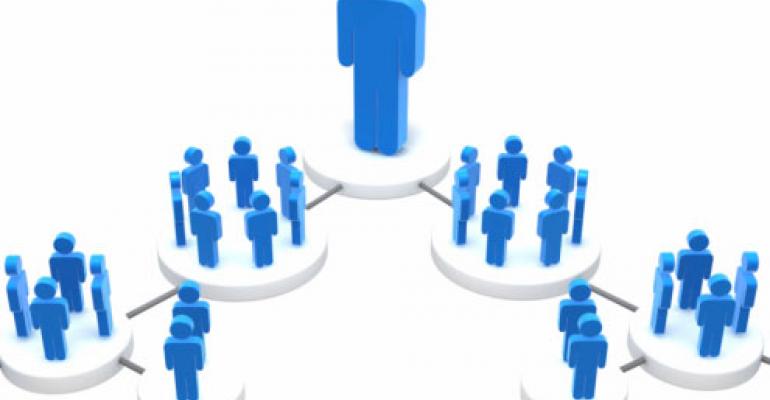 Two new developments launched this week will give restaurants more direct control over their online offers through social media platforms.

Location-based pioneer Foursquare launched Foursquare 3.0, which includes its “Explore” capability that recommends places to try based on users’ check-in history. At the same time, Social-media consultancy SocialGrub rolled out its Facebook application designed to eliminate fraudulent offers by embedding customer photos and unique codes in its coupons.

The announcements come as the latest Merchant Confidence Index, a survey of 8,500 small-business owners in the United States conducted by MerchantCircle, showed that social media has become the go-to marketing tool for many businesses, including restaurants.

Seventy percent of respondents said they are using Facebook for their marketing, up from 50 percent a year earlier, making it the most widely used marketing tool for local merchants, surpassing Google advertising and listings, which is used by 66 percent of merchants.

The study found that Facebook Places — Facebook’s location-based feature that was added to the popular social media site last year — has been adopted quickly by the business community, as 32 percent of respondents use that service and another 12 percent said they intend to start using the application in the coming months. By comparison, only 9 percent of users said they use Foursquare, which was up from 2 percent a year earlier. Use of Twitter among respondents grew to 40 percent, an increase from 32 percent a year earlier.

San Francisco-based Boudin Bakery debuted on Wednesday its first “enhanced” social-media offer on Facebook. It includes an application from SocialGrub that incorporates a printable coupon with the end user’s name and profile picture, as well as a unique promotion code and a bar code that can be scanned. The coupons were for a dinnertime buy-one-get-one offer for a free hearty stew in a bread bowl and were available to any Facebook fan or user who “liked” Boudin on its profile page.

The offer earned more than 1,000 new “likes” for Boudin in 40 minutes after going live. The brand went from about 4,400 likes at the beginning of the day to its current level of nearly 7,900.

“In order to do that, we had to find a way to put in some measures that could help us control the situation,” Montano said.

Knowing that the safeguards were there to prevent illegitimate mass distribution of the offer, Boudin felt confident enough to go with an aggressive buy-one-get-one offer to build its business after 4:30 p.m. Making the offer redeemable only at dinner also prevents a rush of volume at lunch when Boudin would have trouble keeping up.

“That’s the reason the offer is for dinner,” Montano said. “That’s where we’re trying to build our traffic, because many of our locations’ lunch is at capacity.”

The coupons also are printed with two-dimensional QR codes that when scanned by a camera phone link the device’s Web browser to a store locator. SocialGrub chief executive Sam Rubin added that the coupons are “printer-friendly,” designed to use less ink so that the discounts or freebies on food aren’t mitigated by the cost of ink it took to print.

Checking in? Then check this out

Foursquare co-founder Dennis Crowley said the location-based social network’s newest version looks to view in aggregate all the millions of check-ins, tips and to-do data points its users create every day, using that information to generate recommendations for users.

“The world becomes so much more fun, social and interesting when you have that context,” Crowley wrote on Foursquare’s corporate blog. “We’ve long wanted to build those things that can augment your experience of the real world — software that introduces you to new places and new experiences — and with the launch of Foursquare 3.0, we’re getting a little closer to that vision.”

The application’s new “Explore” tab will recommend nearby restaurants and bars based on users’ past check-ins, favorite hangouts of their Foursquare friends and criteria users list in a search function. The feature is similar to song and artist recommendations generated by an algorithm on Internet radio site and mobile app Pandora.

“We’ve long wanted to move beyond [rewarding Mayors] and give merchants more ways to reward loyal customers,” he said. “So we’re rolling out six new types of Foursquare Specials for merchants.”

Businesses now can offer specials to customers that check-in as part of a “swarm” or in small groups, or simply to everybody. Individual offers can be given to Mayors, “regulars” or “newbies” as well.

In addition, Crowley said, “On the Places screen in the app, you’ll now see a list of all the Specials nearby, so it’s easier to find places that reward Foursquare users. With over a quarter million businesses verified on Foursquare, these new tools will mean more rewards for users everywhere in the world.”

Crowley said Foursquare is nearing 7.5 million users and the application garnered nearly 500 million check-ins in the past 12 months.