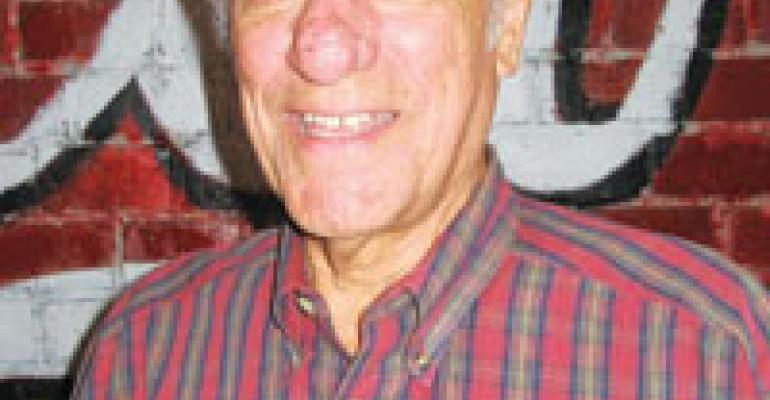 Back in the 1970s and 1980s, Nick Kapioltas owned 14 Brown Derby restaurants in the state of Florida and one in Ohio. Like many of his restaurant industry brethren, Kapioltas found himself in that position somewhat accidentally. While gearing up for law school, Kapioltas’ cousin Gus Girves, who founded the Brown Derby chain in Ohio during the 1950s, recruited him to work temporarily at one of his restaurants. He postponed law school repeatedly and, after rising to vice president of operations under his cousin, acquired the franchise rights to develop locations in Florida. The Brown Derby restaurants were large by today’s standards, ranging from 18,000 to 24,000 square feet. Kapioltas says they were successful for many years but their large size ultimately made them dinosaurs, so over time he sold the locations and eventually the chain went out of business. In 1994, he launched his first Cody’s Original Roadhouse in Tarpon Springs, Fla., just north of Palm Harbor, Fla., where the chain is based. Today there are four company-owned units and nine franchised units, with several more of the 6,000-to-7,500-square-foot locations set to open in the next few months

What are some of the biggest differences between casual dining in the 1970s and today?

We didn’t have the competition that there is today. Today there are so many dollars and huge corporations running those restaurants that competition is tough. We were very successful in those days, but our large size made it tough to continue, especially once energy became an issue. Basically, the philosophy has not changed though: Quality and value are always important for any operator.

Why did you start Cody’s?

After selling the Brown Derbys, I was considering retirement, but that lasted 30 days. At that time there was nothing in Tarpon Springs besides the Sponge Docks and Greek places, and I wanted to put together a place that was fun, had high quality and offered good value, too. I was convinced that what was needed was a casual place where families come in and eat well and be entertained, so we put peanuts on the floor, artifacts all over and opened up the kitchens, and in units with enough room we put video games in. Our average check is about $14.92, and we are open for dinner in all units and lunch in some.

How are you faring in the current economy?

Great! Same-store sales were up 8.3 percent in the first quarter and 3.8 percent in the second quarter. We haven’t raised our prices, and customer counts are up over 5 percent. However, check averages are lower than last year due to customers choosing lower-priced menu items and coming in more often taking advantage of our weekly features.

What are your plans for future growth?

We plan to continue to build our infrastructure and grow cautiously and carefully. We could have opened a lot more if we weren’t so cautious and selective about our franchisees. We look for mom and pops with experience and who enjoy the business.

Any advice for would-be restaurateurs?

Before starting…get other experiences in life and get educated in other fields. If they want to open their own restaurant, get as much experience as possible working for a casual-dining company, as today they have outstanding training programs that are like apprenticeships. That type of experience is invaluable, and as we know, failure in the industry is enormous. I attribute my success to those years I spent training under my cousin.