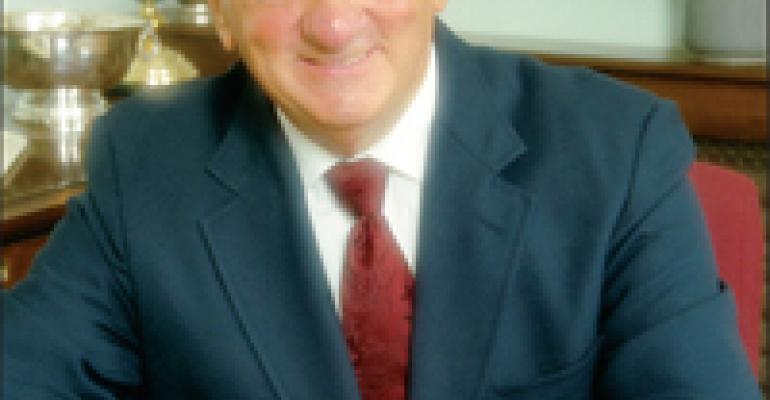 Joe Amendola was 9 years old when he started his first apprenticeship in his uncle’s pastry shop in New Haven, Conn. The Great Depression was in full swing, so like his eight siblings, he sought a trade out of necessity, not because he woke up one day and said, “Hey, I want to be a chef.”

But the job suited him. While working, he earned a bachelor’s degree by taking night classes at the University of New Haven. During World War II he worked as a chef to officers in hotels in London and Paris, where he met his wife of 61 years, Marjorie. He also spent many years at the Culinary Institute of America, where he held several positions, including acting president, director of development, dean of students and baking instructor. He has authored five books, including an autobiography, and is active in many associations. Twenty years ago, Amendola co-founded Fessel International, a culinary and hospitality consulting company with offices in California, Japan and Orlando, Fla. He still consults and is an ambassador to the CIA.

What do you think is the most significant issue in foodservice today?

The people working in the back-of-the-house don’t get paid enough. Those folks are trained and experienced and know what food is all about, but it’s the servers who make the most money. Also, the companies are replacing the older chefs with younger people with surface knowledge that they can pay less, but they don’t have the real knowledge or experience. Today a chef is as much an administrator as a chef, and he or she needs to know what they are doing, and some of that can only be gained by experience.

Can you tell me what are the most remarkable changes you have seen over the years?

Culinary education is everywhere. In my era, you learned on the job.… In the great culinary schools of today I could learn in two years what took me 10.

What are the most positive changes you’ve seen?

The food manufacturers have made it so everything is processed for you. Years ago I would get a chicken with the feathers on it, things such as that. Now it is more sanitary, convenient and easier to prepare. That is part of the reason younger, cheaper chefs can be hired. Also, technological advances have given way to safer preparations, things like waterless chafing dishes, for instance.

Ihave heard that the American Culinary Federation has come under fire for being largely white and male. Is that warranted?

Years ago [the industry] was like that, but now there are many women and all nationalities. Today, almost 50 percent or better are female. Years ago it was a “nono.” They would give women a job in the pantry or serving desserts. All four of the [people] nominated this year for pastry chef of the year [at the ACF Convention] were women. What does that say?

What do you think of all the celebrity chefs on television?

I think they are in the business of entertaining, not cooking. They are not always knowledgeable about food but are very young and have good managers. Gone are the Julia Childs and James Beards. The positive thing is a heightened awareness of culinary, increasing the number of young people going to culinary schools. But 90 percent of them go because they think they’ll become TV stars.

What is your advice to young chefs?

Keep up with publications, the trends and the whole profession. Always make time for people, and share what you know.