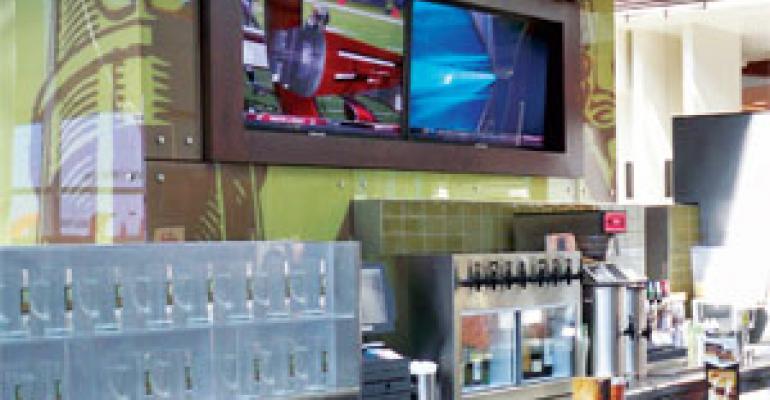 Most industry insiders agree that the fast-casual world is where the action is, so it’s no surprise full-service operators are scrambling to get into the space like never before.

Some, like Ruby Tuesday, are investing in outside brands through licensing agreements. Others, like King’s Seafood, are developing their own unique fast-casual concepts. Many more are tweaking their existing full-service concepts to fit a limited-service format.

Regardless of how they expand their portfolios, their goals are similar: Tapping into consumers’ growing demand for speed, convenience and quality menu offerings at a lower price point while growing a brand with a smaller footprint, a better cash-on-cash return and lower opening and operating costs.

As Sandy Beall, chief executive of Ruby Tuesday, recently summed it up, explaining his desire to move into the fast-casual segment:

“It’s a segment that is proven. The segment is growing, and [it’s] one where demand exceeds supply, and that’s kind of welcome in our industry today.”

Segment jumping, especially out of the crowded casual-dining segment, is nothing new. From P.F.Chang’s China Bistro with its fast-casual sister brand Pei Wei to the express variants designed for nontraditional locations by casual-dining stalwarts Chili’s, T.G.I. Friday’s and Uno Chicago Grill, segment crossover has been going on for years.

But as the fast-casual segment becomes increasingly defined by the success of players such as Panera Bread, Chipotle Mexican Grill, Noodles & Company and Five Guys Burgers and Fries, more restaurant companies say they want a piece of the action.

According to Technomic Inc., sales at the fast-casual concepts included in its annual Top 500 Chain Restaurant Report for 2010 grew by 4.4 percent in 2009, compared with a 3.2-percent decline reported by the restaurant industry overall that year.

And the segment is growing, said Chicago-based research firm Mintel, which projects the fast-casual segment will account for about $23 billion in sales in 2010, a 30-percent increase over 2006 results.

Ruby Tuesday plans to open 200 Lime Fresh locations east of the Mississippi River, excluding Florida. About 12 licensed locations will be opened by the end of fiscal 2012, Beall said.

While Ruby Tuesday acquired the fast-casual Wok Hay Fresh Asian Diner concept about three years ago, that two-unit brand is “too high risk” to invest in right now, Beall said.

Lime Fresh, on the other hand, offers the casual-dining player an opportunity to put its excess free cash flow to work.

“Lime is positioned extremely well,” Beall said. “What excites us is that it has so many other touchpoints of casual dining, but with the simplicity, the ease of operation and the strong guest appeal of fast casual.”

The menu features organic ingredients, local produce and meat that has been raised humanely. Lime Fresh boasts a busy Happy Hour, and beer and wine account for roughly 10 percent of sales. While guests order at the counter, food is delivered to tables, and servers boost check averages with the sales of a second beverage or dessert.

Ruby Tuesday has agreed to pay a lower-than-typical royalty rate of 2 percent to Lime Fresh, but the smaller chain will in return enjoy rapid growth with the help of a sophisticated operator.

In June, the company opened its first Fish Camp, a fast-casual concept offering a similar menu to King’s Fish House, though more limited, with lower prices and a comfortable atmosphere.

“Seafood is an expensive protein, and we feel more people would be eating it if it could be delivered less expensively,” King said. “Price is an impediment.”

Though the food quality at Fish Camp is the same as the Fish House, the fast-casual concept’s prices are significantly lower because the footprint is smaller, labor costs are reduced, and the smaller variant can be opened with one-third the investment in half the time, King said.

At Fish Camp, guests order at a counter, but they can select a quicker service model, called the “dayboat” option, or a slower, more paced food delivery service called “overnighter.”

The average check at lunch is about $13, and $17.50 at dinner — $5 and $9 less, respectively, than the average check at the Fish House sister brand. Fish Camp’s sales are expected to reach $2 million to $2.5 million in the first year, with about 21 percent from beverage sales.

However, there are risks, King admitted. “Our demographic is more boomer and late boomer, and they tend to want table service,” he said. “They don’t love ordering at a counter.”

Many casual-dining chains are tweaking their own brands to enter the fast-casual sector, such as Gordon Biersch Brewery Restaurant Group, which in September announced plans to open a Gordon Biersch Tavern in Roseville, Calif., later this year.

The 60-seat, 1,400-square-foot restaurant will feature a limited menu of signature dishes and several handcrafted beers. The check average will be about $11. Company officials said current plans call for two or three more taverns to open in 2011, and four or five the next year.

Denny’s, which has been experimenting with a quick-service Express variant on college campuses and in other nontraditional locations, is also scheduled to open its first fast-casual version, called Denny’s Cafe, in Orange County, Calif., Nov. 1.

The menu will be broader than that of a Denny’s Fresh Express, but smaller than the full-service units, said Barry Finkelstein, a spokesman for the Spartanburg, S.C.-based company. Guests will order at a counter and get their own drinks, and food will be delivered to tables.

Denny’s Cafe units will range in size from 4,000 square feet to 6,000 square feet, compared with the 7,500-square-foot full-service units, Finkelstein said. “It frees them up to go into a lot of locations where a traditional Denny’s might not fit,” he said.

In Chandler, Ariz., earlier this year, a Mimi’s unit added a Mimi’s Quick Cafe section, open for breakfast and lunch, offering espresso, breakfast items, soup, salad and sandwiches for takeout or to be eaten in a designated area.

Casual-dining players are not the only ones moving into the fast-casual segment. Quick-service burger chain The Krystal Co., based in Chattanooga, Tenn., is testing a fast-casual concept called K Café in a suburb of Atlanta.

And even La Madeleine Country French Café — the 60-unit bakery chain based in Dallas that was arguably fast casual before the phrase was coined — has a new prototype that brings the brand more into the contemporary fast-casual realm with counter ordering, digital menu boards and the ability to pre-pay.

“The key in this business is getting more people coming in more often,” said Phil Costner, La Madeleine’s chief operating officer. “Today, our guests are saying, ‘I need an in-and-out experience. I don’t have 40 minutes; I have 15.’”

But not all brands have had success converting their own concepts to limited-service formats. The 14-unit Lucille’s Smokehouse Bar-B-Que chain in Southern California this month is closing an attempted fast-casual outlet called Lucille’s Rib Shack, with plans to convert it back to full service.

Owner Craig Hofman told the Orange County Register that guests were confused by the fast-casual format and preferred the expanded menu offerings.