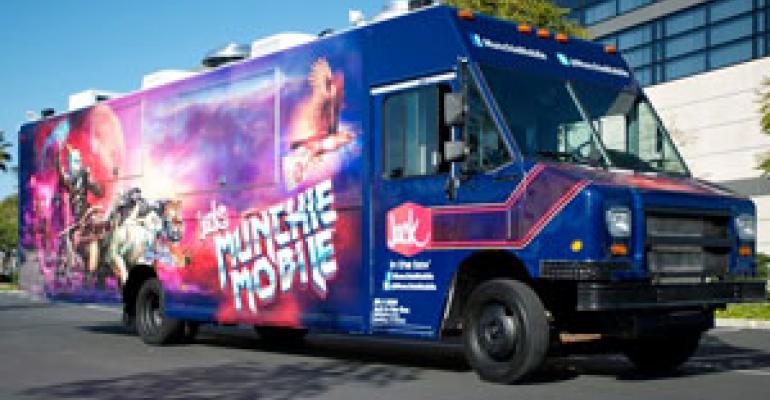 As Jack in the Box on Thursday became the latest national restaurant chain to roll out its own mobile catering truck, franchisors already on the road are discovering the popular meals-on-wheels trend is raising a new, unexpected issue — truck franchising.

For franchisors, that means working provisions for truck operations into franchise agreements — a wrinkle that some franchisors say they didn’t see coming.

Warren Christiansen, vice president of domestic franchise sales for Fatburger Corp., for example, said he was taken by surprise when a franchisee launched a truck without informing the corporate office.

While the Santa Monica, Calif.-based chain is allowing the franchisee to operate the truck, the company is working out a separate agreement for the truck operation, which likely will involve a royalty fee on truck sales specifically.

Fatburger’s corporate office offers a catering truck in the Los Angeles market, and Christiansen said the company is open to licensing more trucks going forward, once the protocol has been established.

“Six months ago I projected that 10 percent of the top 200 restaurant chains would have some mobile presence,” Noveshen said. “Now I think that number will be higher.”

Franchisors who are considering truck operations in franchise agreements should think about defining the territory those trucks can operate in. Likewise, franchisees shouldn’t drift into the operating territory of other brick-and-mortar operators within the same chain.

“You need to think about where you can bring your truck and where you can’t,” he said. “There might be room for overlap, but it should be clearly defined.”

Jack in the Box officials said it isn’t clear yet whether franchising is in their truck’s future.For now, the truck will be used as a “brand building” vehicle in Southern California, where it will be available for the growing number of food-truck special events and catering, said Brian Luscomb, Jack in the Box spokesman.

Dubbed “Jack’s Munchie Mobile,” the 34-foot-long catering truck is a first for Jack in the Box. The truck has the same equipment as a brick-and-mortar kitchen, including a grill, fryer, toaster, fountain beverage dispenser and prep area for burgers, sandwiches and tacos. It also has a 47-inch digital menu board and satellite radio.

Other burger chains, including Carl’s Jr. and In-N-Out Burger, have offered catering trucks for some time, as are a growing number of full-service operators in Los Angeles like California Pizza Kitchen and Border Grill.

The company has gotten so much interest in the trucks from franchisees, Carl’s Jr. recently moved one of the Star Diner trucks to Texas for the rest of the year.

“Our franchisees in Texas lobbied for it, along with our company operators and marketing staff,” said Mansfield, noting that the trucks are available for a per-use fee.

Another Star Diner truck is shared by franchisees in St. Louis, she added. “They line up the dates they need it on a master schedule.”