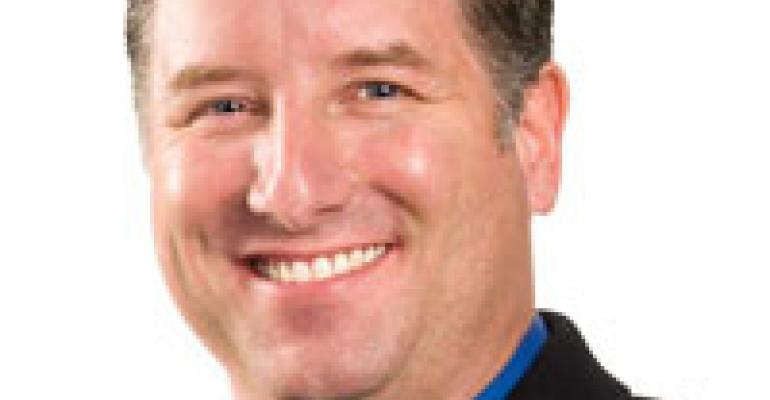 Donatos Pizza used to recruit partners through the typical franchising method of bringing potential operators to its Columbus, Ohio, headquarters for a “discovery day” and discussing the 175-unit chain’s business model.

Four years ago, though, as Donatos reignited its franchise push, company executives recognized that they and franchisee candidates were not getting to know one another well enough prior to the office visit.

“So we flipped the process on its end,” said Jamie Davis, executive director of business development.

The refinements made to Donatos recruiting system have evolved into its Mutual Discovery Process, in which brand executives take six to seven months to establish a relationship with potential partners for franchise deals involving several dozen units in a given territory. Chain officials now make several visits to the candidate’s market during that time to learn about the operator and the territory, so that when they reconvene at the discovery day, it’s to close the deal rather than start the interview process.

“It’s been effective in terms of attracting sophisticated multiunit, multiconcept folks,” Davis said. “They appreciate the consultative approach, and it ends up for each of us with a better deal at the end.”

Last month, the chain launched www.DonatosPizzaFranchise.com to support the Mutual Discovery Process, which led to three market-level deals in 2010 and will guide Donatos expansion goals in the Southeast. Davis spoke to Nation’s Restaurant News about the benefits of taking the time necessary to grow the franchise system deliberately.

What makes Mutual Discovery different from other franchise recruitment models?

It’s more intensive, and it makes more sense spending a lot of time and energy on the front end, learning about the market our partners will operate in and about them. … If you’re “discovering” us when you come to the home office, then we have a problem. Now, that meeting is more a confirmation than anything else, because if we’ve been to your market several times and driven around with you for a couple days looking at real estate, we’re getting to know each other well.

These produce big deals. Of the three we did last year, one was the sale of a corporate market, from Indianapolis to Cincinnati, of 39 stores to a franchise partner that had operated Wendy’s and Tim Hortons. In Nashville, we sold 25 stores in a new territory to folks who’d helped build out Pei Wei Asian Diner for P.F. Chang’s. And the third group from last year, whose deal was for 20 units in Northern Virginia, operates several casual-dining concepts. Those are sizeable deals and they take time to bake. That’s why we’re willing to spend the time and resources we do. Before, we got way too downfield with people that didn’t turn out to be a right fit.

Are these big deals a major change in strategy for your brand?

We’ve been franchising since ’92, and our efforts now are different than they were then. We have a couple partners with seven or eight stores, and that’s fine. But when we bought ourselves back from McDonald’s in 2003, Jane [Grote Abell, chairwoman] and Jim [Grote, Donatos founder] and that team spent the first four years or so righting the ship. There was a decision made that the restaurant side would be grown through franchise development.

Franchising works because it’s a local person with a great system. It also makes sense to concentrate on market-level deals because we can support the system more effectively having 200 stores with 25 partners, rather than 100 partners. But we’ve done a couple small deals, even single-unit deals, this year. There are people out there in smaller markets where we’re not going to be able to do a market-level agreement, and we’ll consider future single-unit deals.

Most market-level partners will understand who we are before they even talk to us, and that’s the point of the website. It’s designed to be that first conversation when I can’t be there to tell the story of Donatos.

If you’re targeting experienced operators looking to diversify, have you avoided the constraints in the market for growth capital?

Nobody’s immune to that. But the last few deals we’ve done, there haven’t been any banks involved. The partners were raising cash, through their own liquidity and in private placement memos of liquidity from friends and family. Frankly, that speeds things up. If you can find the people with that kind of access to liquidity, and there’s a lot of cash on the sidelines, there are good opportunities to get businesses funded.

Now that McDonald’s no longer looks to you as a growth vehicle, and you have the time to let Mutual Discovery play out, do you risk missing any territories by not growing fast enough?

Being a private company again helps, and our leadership is willing to spend the time and resources to do it. So we’re not going out and franchising to make earnings numbers and show investors our franchise fee income. We have 65 company-owned restaurants.

We’re concentrating on the Southeast, going at a pace we’d call responsibly aggressive. We take the time upfront so we can go faster on the other end. These development schedules can be achieved, but we’re not going to sit back and wait, we’re going out to create those opportunities right now.

We’re finding the folks that would fit our company and engaging them in our process, because we don’t want to lose out in Raleigh, [N.C.]; Richmond, [Va.]; or Knoxville, [Tenn.]. Once we reach that tipping point, the recruiting piece will drive the exponential growth.

We want to grow quickly enough to get share but not outstrip our partners’ ability to serve the customer and grow their businesses appropriately. You can grow faster, but it won’t help at all, because you may end up not serving the customer well and making bad real estate decisions.

How do Donatos and other regional pizza chains compete in a sector where the three biggest brands remain aggressive with their discounting and advertising?

Differentiation is our main safety valve. Our large pepperoni pizza has 100 pieces of pepperoni on it, edge to edge, for $12.99. Again, we’re not a public company, so we can be nimble. We’ve created some everyday values starting with an XL Bakery Pizza, the main stalwart of our value offering. It’s got a thicker crust, but it’s still edge to edge, has 64 pepperoni pieces and is only $10. That would compare to Papa John’s LTOs. It’s not great to compete against that, but we’ve got tools for our franchisees. People still want quality, and if you can get 100 pieces of pepperoni to them for just a couple bucks more, than it’s all about getting them to try it.