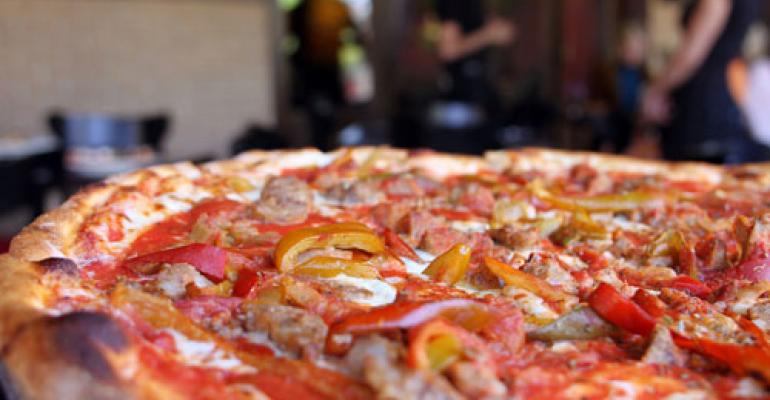 The first licensed unit of the coal-fired pizza concept opened in February in Kansas City, Mo., and a Dallas-based licensee group said it plans to open its first unit in Plano, Texas, later this spring.

Palladino and Romano, partners in the fine-dining steakhouse Nick & Sam’s in Dallas, debuted Coal Vines in Dallas in 2006 and have since opened another branch of the pizza concept in suburban Southlake, Texas. Romano has created a number of restaurants concepts, including Fuddruckers, Romano’s Macaroni Grill and Eatzi’s.

The second licensing group, CoalVines Over Texas LLC, led by longtime restaurateurs Larry Klinghoffer and Jim Hammond, will open its first Coal Vines in The Shops at Legacy lifestyle center in Plano. Klinghoffer said the group also is building a Coal Vines in Austin, Texas, and has a lease signed in Sugarland, Texas, with construction expected to begin in May.

“In addition to these locations,” Klinghoffer said, “Jim and I plan to open an additional seven units in Texas. Although our major markets are the Dallas, Houston and Austin metroplexes, we also hope to find some great locations in other parts of Texas.”

Klinghoffer said the Coal Vines in Plano would be around 3,000 square feet with seats for 125. The restaurant will include a private party room and outdoor sidewalk patio. The décor includes red curtains, dark woods, brick walls, wine racks and music in the vein of crooners Dean Martin and Frank Sinatra.

Hammond and Klinghoffer most recently held an interest in Hooters of America franchises in California, Colorado, Iowa, Nebraska, New Mexico and Washington State.

Klinghoffer said customer acceptance of Coal Vines drew them to license the concept.

“Whether someone dines or just comes for a great glass of wine with friends, we think they get the ‘trifecta’ -- fabulous food, a fun energetic experience and music -- that seems to transcend generations,” Klinghoffer said.

Expansion beyond Missouri and Texas is expected. “Once we have achieved our goals in Texas, we hope, in partnership with Mr. Palladino and Mr. Romano, to take Coal Vines to other states,” Klinghoffer said, “either in agreements with other restaurant groups or with outside investors.”

Coal Vines’ 16-inch pizzas in six basic bases — including a regular with tomato sauce, mozzarella and parmesan and a white pizza with mozzarella, ricotta, parmesan and oregano — range up to $17 in price. Entrées range from fennel-crusted salmon with arugula, roma tomatoes and sweet basil vinaigrette to baked eggplant with char-grilled tomatoes, basil and buffalo mozzarella. Weekend brunch offerings include the popular Coal Vines Benedict, a Nova Scotia Scrambled and a breakfast calzone.