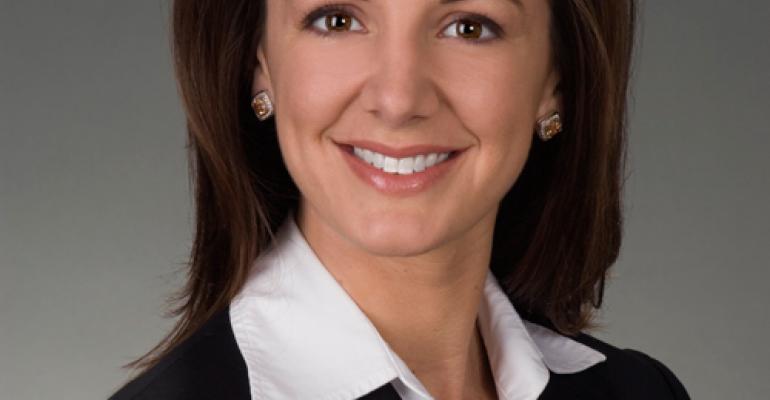 Cinnabon has promoted Kat Cole to president, the chain said Monday, nearly three months after it hired her as chief operating officer.

Cole, a former vice president at Hooters of America, replaces Gary Bales, who will remain president of Cinnabon’s sister brand, Carvel. Both brands are owned by Atlanta-based Focus Brands Inc., which also is parent of Moe's Southwest Grill, Schlotzsky's and Auntie Anne's.

In her new role as president, Cole will take over a repositioning plan begun last year to upgrade the 770-unit Cinnabon with an expanded menu and a more modern design befitting a bakery-cafe.

Since joining Cinnabon in October, Cole has spent much of her time in the field working with the brand’s franchise partners and looking for opportunities to bolster the chain’s marketing and menu development strategies to prepare for growth.

“I knew this prior to starting with the brand, but it stood out that Cinnabon itself is so globally recognized and that there’s such an affection around it,” Cole said. “Other companies spend millions in marketing dollars to get that, and it happens organically at Cinnabon. One of the first opportunities I saw was to build on that. From our franchise partners’ perspective, the biggest opportunity we have to support them is to continue to evolve the product line, to extend the brand’s reach beyond the cinnamon roll.”

The transition from Bales to Cole will not drastically change Cinnabon’s repositioning strategy, Cole said, as she involved herself in those plans as soon as she joined the management team last year.

“I was here early enough before the end of the year to be extremely active in the 2011 and beyond plans,” she said. “It’s not just a playbook I’ve been given and have to decide to go with. I’ve been able to put my stamp on it from day one, and it was easy to pick up the top needs of the system and weave those into the plans going forward. It continues with product diversification. It’s as much my plan as it is the one that existed before.”

The brand makeover, announced last July, will unfold over a three-year period, Cole said. The first step is to introduce new products to expand the brand’s customer base and branch out into different dayparts in its traditional locations in malls and travel centers. The chain tested egg sandwiches and espresso-based beverages at breakfast and panini-style sandwiches at lunch over the second half of 2010.

“The goal is to not only grow awareness and our relevance, but to grow the unit-level economics for our franchise partners,” Cole said. “As we build on what we’re really good at, and do things just differently enough to get attention, our business model only gets stronger. I see a lot of low-hanging fruit in our existing platform.”

Growth plans also include a small-footprint “Cinnabon Express” variant that can be dropped into existing restaurants of other brands. Initial tests of this co-branding strategy involved another brand owned by Focus, Schlotzsky’s. The express version carries Cinnabon’s classic menu of cinnamon rolls and pecan rolls and is meant to carry the brand into new markets where a traditional Cinnabon already is up at a nearby mall, or where a mall or travel center is not readily accessible.

“Cinnabon Express is wonderful for our guests because they have access to our core products in markets where they may not be able to get it,” Cole said.

A third step to the brand’s growth plans is a stepped-up presence in grocery stores with Cinnabon branded cereal, breakfast bars, creamers and rolls.

“The ability to offer multichannel access to our brand is a huge growth opportunity and will be huge in building brand equity for us and our franchise partners,” Cole said.

“It’s extremely beneficial to a brand to have its leaders actively engaged in the industry, whether its participating in industry groups or best-practices round tables,” Cole said. “It’s another way to educate and professionally develop leaders here.”

Cole credited the presidents of the other Focus concepts, as well as the franchisees involved in the search process that brought her to Cinnabon, for facilitating the sharing of ideas that has smoothed her transition from chief operating officer to president.

“I don’t know where else I could go to run a brand this well-known and have the opportunity multiple times a day to interact with leaders of other brands to benchmark and hear best practices,” Cole said. “The same franchisee advisory council that interviewed me and brought me on is the same group on the phone with me talking product evolution on the weekends. They’ve been a big part of my speed to the president’s role.

“And Gary Bales has done an amazing job as the person running two brands and getting the pipeline filled. I’m taking over with a lot of good momentum because of him.”