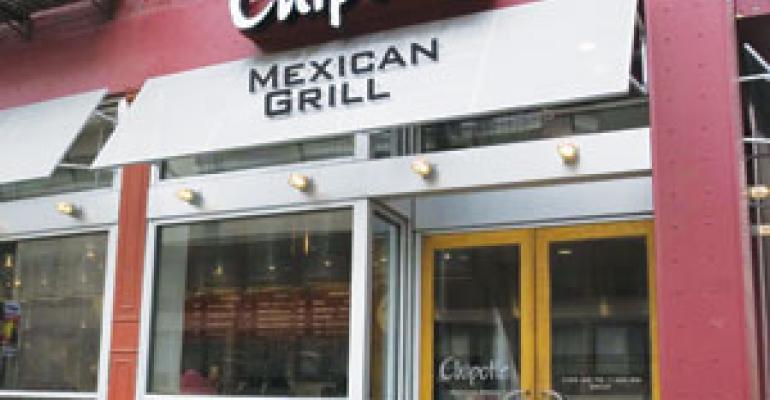 Chipotle Mexican Grill founder Steve Ells said Wednesday he is developing an Asian fast-casual concept that he expects to debut in mid-2011.

Company officials were reluctant to give details on the plan, but said it would follow the Chipotle service format and its focus on “food with integrity” in ingredients, said spokesman Chris Arnold.

Arnold said the new concept will be similar in pricing to Chipotle, and that the restaurant will open in one of about 40 existing Chipotle markets. Denver-based Chipotle operates more than 1,000 restaurants nationwide.

Ells, who serves as Chipotle's co-chief executive and chairman, said in a statement, “Since opening the first Chipotle some 17 years ago, I have often thought about how other types of food might fit the Chipotle model.

“Chipotle is not successful because we serve burritos and tacos,” he added. “Our success comes from finding the very best sustainably raised ingredients, prepared and cooked using classical methods in front of the customer, and served in an interactive format by special people dedicated to providing a great dining experience. And while our Chipotle restaurants will, of course, remain our primary focus, we are also excited to see how this format works with other cuisines.”

Analyst Sharon Zackfia with William Blair & Co. said the news was the “next logical evolution” of Chipotle.

“They have always been open to the idea that their Food with Integrity model is not specific to Mexican cuisine,” she said. “And Asian in general is one of the fastest-growing categories in the U.S., though it’s very fragmented.”

Chipotle’s new Asian concept, however, will no doubt get an initial lift because consumers are already so connected to the company’s core brand, said Dennis Lombardi, executive vice president of foodservice strategies at consulting firm WD Partners.

The format also works well in terms of speed of service, customer engagement, and customization — as well as greatly reducing problems with order accuracy as guests are part of the food preparation process, he said.

“Using the Chipotle service model for an Asian concept and having Chipotle do it will give them incredible credibility,” Lombardi said.