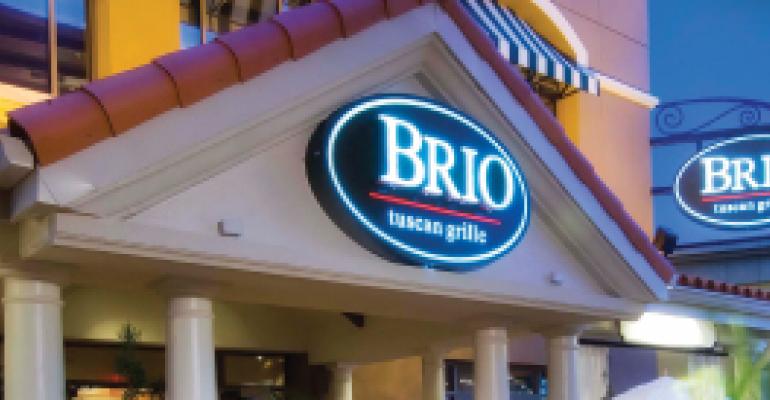 Bravo Brio Restaurant Group Inc. filed with securities regulators this week to raise up to $172.5 million in an initial public offering that would be used to repay debt.

After several years of losses, the company swung to profit in the past year. In the first quarter ended March 28, Bravo Brio reported profit of $2.5 million compared with a loss of $1.3 million in the same quarter a year ago. Revenues rose to $81.8 million from $73.6 million.

The company has 46 Bravo! Cucina Italiana units in 19 states and 37 Brio Tuscan Grilles in 17 states. Average check for a Bravo unit is $19.37 per guest and at a Brio unit $25.12 per guest, according to documents filed with the Securities and Exchange Commission on Thursday. Both concepts first debuted in Columbus, with Bravo opening in 1992 and Brio in 1999.

The company is headed by Saed Mohseni, president and chief executive, who had not returned phone calls by press time.

The company said the two brands are complementary and can be located in the same markets.

“Both Bravo and Brio have their own corporate executive chef who develops recipes and menu items with differentiated flavor profiles and price points,” the company said. “The differentiated qualities of our brands allow us to operate in significantly more locations than would be possible with one brand, including high-density residential areas, shopping malls, lifestyle centers and other high-traffic locations.”

The company said a Bravo unit requires a net cash investment of about $1.8 million and a Brio about $2.2 million. “We target a cash-on-cash return beginning in the third operating year for both of our restaurants of between 30 percent and 40 percent,” the company stated.

Bravo Brio has about $85.8 million in loans under its existing senior credit facilities and $32.4 million in 13.25 percent senior subordinated secured notes.

The company seeks to be listed on the Nasdaq exchange as “BBRG.”