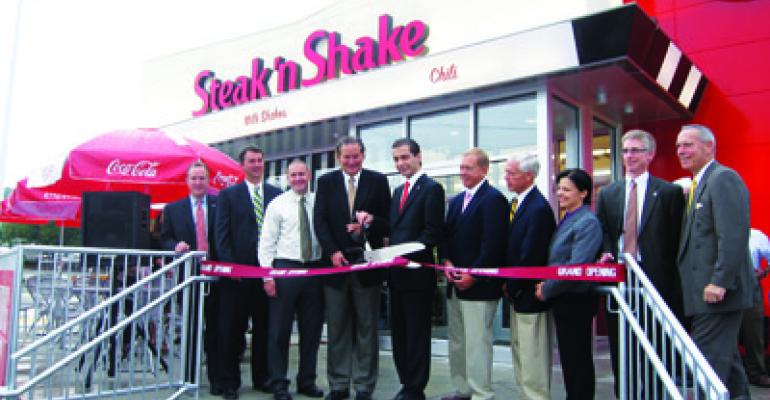 For the quarter ended July 6, the San Antonio-based company reported earnings of $8.7 million, or $6.49 a share, compared with similar profit in the previous-year period when earnings were $6.23 a share.

Sardar Biglari, the company’s chairman and chief executive, said in a December letter to shareholders the company would emphasize Steak n Shake franchising this year.

“Over the last 71 years, the company has produced an average of one franchised unit per year,” Biglari said. “That is not the kind of pace to which I am accustomed. This segment of the business requires a truly entrepreneurial approach because, though 71 years in existence, it now resembles a start-up.”

Steak n Shake has introduced a scaled down format that it calls Steak n Shake “Signature,” which is smaller than the 3,400-square-foot, 94-seat traditional store and available for inline and nontraditional food-court locations. The company said it is “a more simplified operation centered on signature menu items.”

The Steak ‘n Shake franchise system has been restive.

In January, a group of Steak n Shake franchisees contested a policy change that required franchise operators to adhere to prices and a promotion schedule. Also, a five-unit franchisee, Stuller Inc., filed a lawsuit against Steak n Shake Operations Inc., arguing that the pricing policy violates the chain’s uniform franchise offering circular.
In its quarterly filing with the Securities and Exchange Commission, Biglari Holdings did not mention the $100 million investment in Cracker Barrel Old Country Store Inc. of Lebanon, Tenn. The June purchase acquired a 9.7 percent stake in Cracker Barrel.