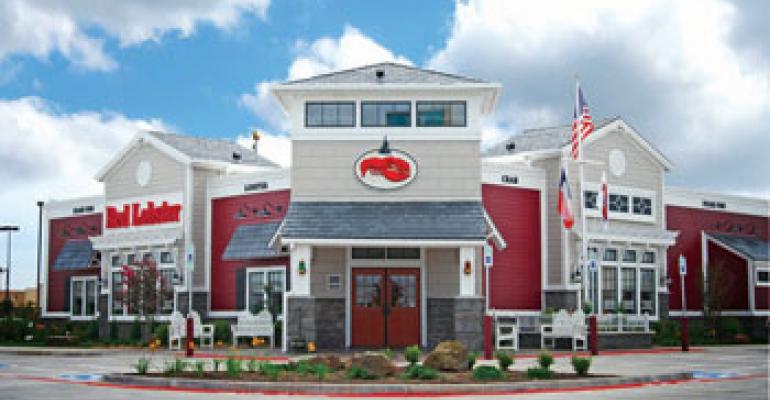 All eyes on Darden

Darden Restaurants Inc. is scheduled to report its fourth-quarter and full-year results Wednesday after market, and analysts expect the casual-dining giant to continue leading the pack in sales and profit trends, although not by much.

Sales news has not been positive this week from fellow casual-dining chain California Pizza Kitchen and fast-food chain Sonic, leading some analysts to speculate that May and June were not strong months for the restaurant industry, like March and April had been. With a fiscal calendar ended in May, Darden is one of the first companies to share results of the early summer months, and projections on the rest of the year.

Orlando, Fla.-based Darden has said it expects combined same-store sales results from its largest chains — Olive Garden, Red Lobster and LongHorn Steakhouse — to decline 2.5 percent for the full year ended in May, which analysts said indicates a 1-percent dip for the fourth quarter. In the preceding third quarter, Darden posted a 1.3-percent increase in blended same-store sales.

Jeff Bernstein at Barclays Capital Equity Research said the fourth-quarter and full-year projections from Darden may be conservative.

“[Fourth quarter] comps were implied down 1 percent, reflecting a ‘fragile’ consumer environment in [the quarter], difficult year-to-year comparisons and lapping the benefits of a 53-week quarter [last year],” he said in a research note. “Given management’s language on the last call, we believe Darden experienced strong sales trends in March, albeit softening in April, and a down 2.5 percent for the year appears conservative.”

Jeff Farmer, restaurant analyst at Jefferies & Co. noted that Knapp Track industry same-store sales results for the three months ended in May are expected to decline between 1.4 percent and 1.5 percent, meaning Darden would still outperform, although not by as much in the past.

Analyst John Glass at Morgan Stanley, in a research note last week, said he expected Darden’s fourth-quarter same-store sales to remain flat from a year ago.

Looking at earnings expectation, analysts said Darden should continue to benefit from expense controls including operating and commodity costs.

Bob Derrington, an analyst with Morgan Keegan Research, raised his fourth-quarter earnings forecast to 91 cents from 89 cents and fiscal-year earnings per share to $2.96 from $2.94. Last year, Darden earned 87 cents per share and $2.65 per share for the fourth quarter and year, respectively.

“While Darden's [fiscal year 2011] results could prove considerably stronger as the U.S. economy continues to mend,” he said in a research note, “some clouds remain on the horizon, including volatile consumer confidence and spending, frustratingly high unemployment and limited jobs growth.”

Clarence Otis, Darden’s chairman and chief executive, and other senior managers will discuss fourth-quarter results at 8:30 a.m. Eastern on Thursday in a conference call available through the company’s website.