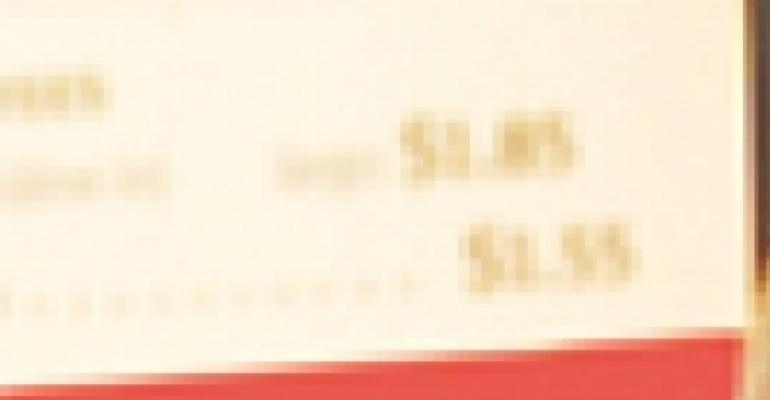 Founder and executive chairman of the board, Panera Bread Co.

As one of the leaders in the development of the bakery-cafe segment, Panera Bread’s Ron Shaich has long been recognized by his industry peers as a genuine pioneer.

Since the mid-1980s when he merged a cookie store with three financially troubled Au Bon Pain locations to create the first French bakery-cafe company in the United States, Au Bon Pain Co. Inc., Shaich has been blazing a path in the foodservice business that many have attempted to follow.

“His attitude toward continuous improvement in [Panera Bread] keeps the chain fresh, innovative, by challenging [the brand] to find a better way to meet consumer needs and demands,” he said.

Shaich is a business executive who has made a lifelong study of what the American consumer wants and needs. He also has a knack for identifying opportunities and limitations.

Between 1984 and 1991, Shaich and his late business partner in Au Bon Pain, Louis Kane, expanded the chain, parrying acquisition attempts from such corporate giants as PepsiCo and Sara Lee. In 1991 the duo took Au Bon Pain public.

But the city-friendly format that Au Bon Pain fit so nicely into also proved a constraint on expansion.

“By ’93 it was clear to me that the very thing that made Au Bon Pain so powerful, which was its success in these high-density urban marketplaces, also was a limitation,” Shaich said.

Around that time he was asked to give some advice to the owner of a 19-store chain in St. Louis called St. Louis Bread Co.

“One thing led to another, and I ended up buying it,” he said.

The format of the concept offered Au Bon Pain more points of entry into lower-density areas, but Shaich recognized another opportunity, the result of a trend he called “decommodification.”

“Post World War II, every product in America was local,” Shaich said. “In 50 years, by 1990, every major business category was consolidated up. It led to huge oligopolies controlling large market shares … and there were large parts of the marketplace that wanted to feel special in a world in which nothing was special.”

Shaich observed that people were tiring of homogenized products, and a trend of fragmentation was emerging. Consumer categories like coffees, soft drinks and beers, which were previously dominated by large corporations, were evolving thriving niche brands that appealed to customers’ desire to feel more like individuals.

“Everything was the same — from Portland, Ore., to Portland, Maine. Every Route 1 was the same,” Shaich said. “Trends are a reaction, and [the emergence of specialty categories] was a reaction to this commodification of corporate America.”

Shaich partially credits the movement toward decommodification with the emergence of the fast-casual segment.

“McDonald’s and Burger King, post-World War II, they were special. They represented an antidote to the greasy spoon,” he said. “Fast forward to 1990, you have 40,000 fast-food units in America — 30,000 of them were drive-thrus. They were basically self-service gasoline stations for the human body.

And respect was the key, Shaich decided, for both consumers and food. That was the vision for Panera Bread, as St. Louis Bread came to be named, and for the past 18 years Shaich and his team have been striving to execute it.

But simply running a multibillion-dollar company wasn’t enough for Shaich, who, according to Panera’s chief concept officer Scott Davis, has a voracious appetite for knowledge.

“Ron has this incredible intellectual curiosity,” said Davis, who has known Shaich since 1987. “He’s always trying to decipher and figure out what makes things work in the world, and then figuring out how that works in the world of Panera and how that comes out to the customer.”

Shaich acknowledged his insatiable desire to learn, but said what really fulfils him is being able to take the knowledge he’s gained and use it to make a difference in the world. It was this desire that ultimately led to his decision to step down as Panera’s chief executive earlier last year and hand the reins to Bill Moreton, formerly Panera’s CFO.

Since retiring from running day-to-day operations, Shaich has been expanding Panera’s philanthropic efforts. In January in Portland, Ore., he opened the third Panera Cares location, and soon after, the inaugural Panera Cares location in Clayton, Mo., launched a job-training program for at-risk youth.

The concept of Panera Cares just seemed like a logical philanthropic extension of the business, Davis said.

“It really became an idea of: ‘How do you take the core competencies that we have and look at those through a slightly different lens?’” Davis said. “‘How do you help people in a way that’s not just making them feel like a recipient of something, but really giving them the opportunity to excel?’

“And that’s really what Ron’s done for us — for most people I know,” he said. “He’s opened the window for people to see something bigger for themselves.”

According to Davis, Shaich’s care and engagement don’t end with his philanthropic pursuits or Panera’s employees. He said these days a lot of Shaich’s time is spent striking up conversations with customers in the cafes — asking them questions and taking suggestions.

This attention to customer satisfaction is one of the chief reasons for Panera’s overwhelming success, Tristano said.

“[Panera] has built a strong foothold in the area of brand trust,” he said. “Consumers gravitate to the restaurant with strong loyalty and frequency in dining.

“They are a leader in the fast-casual space and second to none in the [bakery-cafe] segment,” he said, noting that Shaich and Panera are continuously focused on consumer needs and the brand’s ability to meet those needs.

And that model, which has served Panera so well since its modest beginnings, is precisely the one that Shaich intends to stick to.