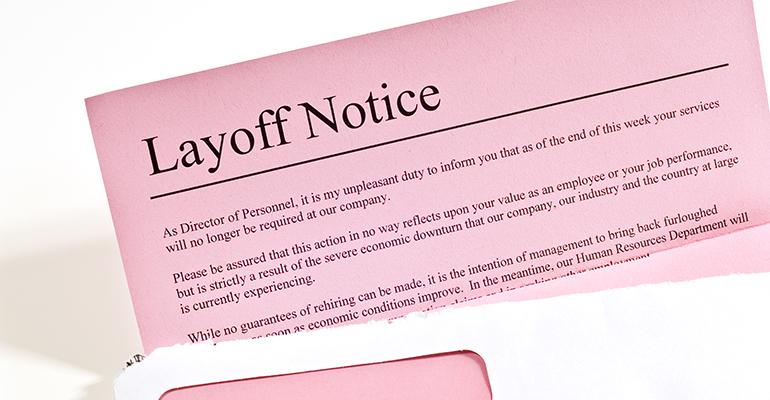 WendellandCarolyn / iStock / Getty Images Plus
Restaurants could be ignoring WARN Act -- here's what you need to know about the federal law, designed to protect workers.
Operations>Workforce

The prolonged partial shutdown of restaurants tied to COVID-19 could trigger a WARN Act notice; one provision of the law protects employees who have experienced reduced hours for six months.

Thousands of restaurants across the country are, once again, facing the possibility of letting go workers or reducing hours to stay afloat as dining restrictions tied to COVID-19 continue to cripple the industry.

Dave & Buster’s Entertainment Inc. recently laid off 1,300 employees in seven states. The company is required to notify employees of layoffs under the federal WARN (Worker Adjustment and Retraining Notification) Act, introduced in 1988 to protect employees impacted by mass layoffs.

Independent restaurants also face dried up funds tied to the Paycheck Protection Program, geared to keep employees on the payroll.

As a result, operators from coast-to-coast might not realize that they could face challenges tied to the WARN Act, including the possibility of a class-action suit for not complying to the federal law.

Related: The restaurant workforce outlook: Not as bad but still uncertain

Here are answers to some questions, which apply only to the federal WARN Act. (Editor's Note: Many states have their own modified versions of the law.) 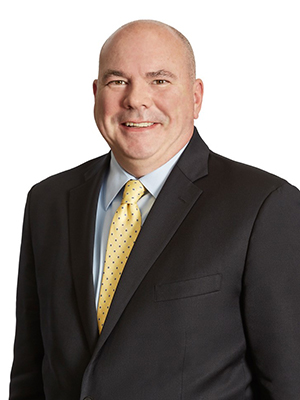 Q: Why is this six-month mark an important date for employers with regards to COVID-19 business impacts?

A: The law requires companies with 100 or more full-time employees to report plant closings involving 50 or more employees during a 30-day period. But what many restaurant and retail owners don't realize is that a WARN notice is also triggered if employees are terminated or laid off for more than 6 months or if they have their hours reduced 50% or more in any six-month period.

Q: But the WARN Act only applies to full-time workers. Many restaurant workers such as servers don’t work 40 hours a week. Why would restaurants still need to file?

A: “If [employees] work 20 hours a week or more under WARN, that’s full time,” Jones said.

Q: Many restaurants have kept workers on the payroll since March or rehired previously laid off or furloughed workers. Why would these operators be required to file a WARN notice?

A:  Jones said restaurant owners might not be thinking about employees whose hours have reduced dramatically during the pandemic. If an employee’s hours are reduced by 50% over the last six months, then technically that counts towards the 50 or more layoffs threshold, he said.

So if a dining room employee, for example, has been re-deployed to help with off-premise orders like curbside pickup, then that person could count as a layoff under WARN if that person was not logging the same amount of regular hours over the past six months.

“All those folks might count towards that 50” threshold, Jones said.

Q: When does the clock start? How do restaurant operators calculate this?

A: That depends. Various states shut down at different times with coastal U.S. states like California starting much earlier than Southern states.

“We're getting to the point of no return for some of these employers to figure this out,” Jones said.

So if an employee typically worked 40 hours a week, but they’ve only been getting 20 hours a week for the last six months, then that counts “just like they've been terminated or furloughed,” Jones said.

Q: What do employers need to do if 50 or more employees qualify as a layoff under these circumstances?

A:  “If they go past the six months, obviously [they] blew [their] ability to claim that [they] gave the notice. So they need to take action before they have enough people go over the six months,” Jones said.

Q: Can restaurants be fined for not filing a WARN notice?

A: According to the Labor Department, “an employer that violates the WARN Act notice requirement is liable to each affected employee for an amount equal to back pay and benefits for the period of violation up to 60 days.”

Besides the hardship of paying workers up to 60 days worth of pay, Jones said employers also face a bigger problem when violating the WARN Act: class action suits.

“If you get hit with one of these class action lawsuits," restaurant owners or companies could face legal fees that go well beyond what they are paying out to the employees, Jones said.

“The numbers can add up pretty quickly."

Q: So who is likely to be most impacted - independent restaurants or large chains?

A: “It’s more likely larger restaurants,” Jones said. “The problem is [this] is not on most people's radar because they're not looking for the reduced hours piece of it or the furloughs that go beyond six months,” he said.

“We've never been in this kind of strange environment where we're putting people in a reduced hours capacity for such a long period of time,” he added.

In a recent report, the National Restaurant Association said the industry has seen a staggering 100,000 restaurants closures tied to the coronavirus pandemic. Roughly 40% of operators say they are unlikely to stay in business six months from now if there are no additional relief packages from the federal government.