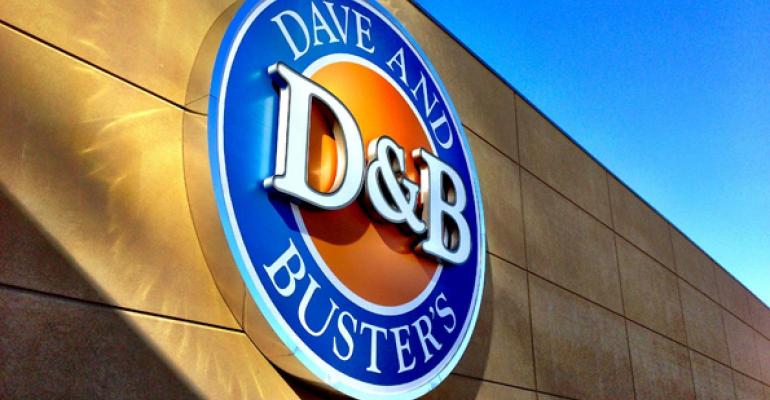 Dave & Buster’s lays off 1,300 employees in seven states as eatertainment continues to be hit hard by COVID-19

Most of the permanent layoffs occurred in locations that are temporarily closed in Michigan, Oregon, Louisiana, and North Carolina

Dave & Buster’s Entertainment Inc. — which has been struggling since the beginning of the pandemic and just reported a Q2 same-store sales slide of 85% — has laid off 1,300 employees across seven states the week of September 14, according to Worker Adjustment and Retraining Notification notices.

Although many of the permanent layoffs, which will be effective Nov. 8, come from restaurants that are still listed as temporarily closed on Dave & Buster’s website, including locations in Oregon (84 layoffs), Michigan (311 layoffs), North Carolina (229 layoffs), and Louisiana (97 layoffs), some of the layoffs are in restaurants that either listed as open or opening soon, including stores in Wayne, New Jersey (107 layoffs) and three locations in Massachusetts (307 layoffs), which are listed as “coming soon” on the Dave & Buster’s website. The Westminster, Colorado location (234 layoffs) is also listed as coming soon on the website.

Dave & Buster’s did not respond in time to requests for comment on the latest layoffs. The news of these layoffs follows 1,500 layoffs earlier in the pandemic during April, when the company had to temporarily close down all 137 of its locations in 39 states, Canada and Puerto Rico.

In May, the company received a $100 million investment from Jefferies LLC in an attempt to strengthen its balance sheet and also to get caught up on their outstanding debts.

Since then, the company has been slowly reopening restaurants and as of August, have reopened 84 stores. Moving forward, Dave & Buster’s will be "maximizing sales by continuing to refine its lean operating model,” CEO Brian A. Jenkins said during the company’s quarterly earnings call earlier in September. As stores continue to reopen, their near-term goals are improving their menus, programming and marketing.

As of September 9, Dave & Buster’s has reopened 89 stores in 27 states out of the 115 stores in its store count base that had all closed temporarily during the pandemic, with plans to reopen the rest by the end of 2020. The company also permanently closed one store in Chicago.