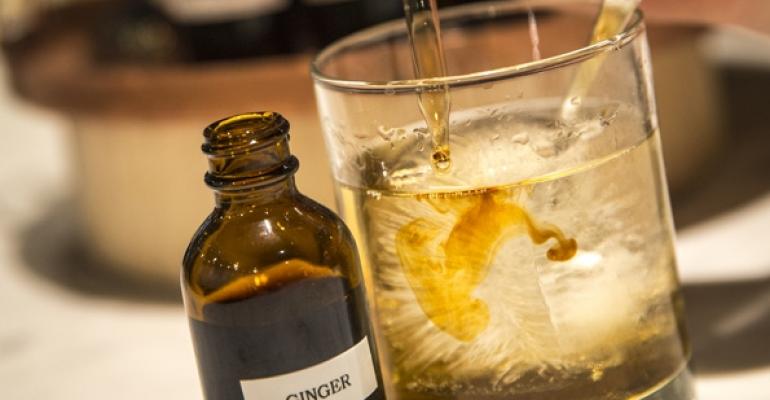 Diverse flavors “give us more colors to paint with,” said Brandon Wise, bar manager of the re-imagined diner in the Hotel Lucia in Portland, Ore. It is the newest venture of chef-owner Vitaly Paley, whose holdings also include the Imperial restaurant in the hotel and the long-established Paley’s Place Bistro & Bar.

Wise, a Michigan native, honed his skills in Chicago watering holes before migrating to the Rose City in 2010. He went west with a love for old-time soda fountain creations like egg creams, phosphates and Boston coolers, which he adapts into contemporary adult beverages. He did not have to look far for inspiration because his mother, aunt and uncle worked in a Detroit soda fountain years ago.

Thus a drink like the Woodward Avenue Cooler, a grown-up ice cream soda made with rye whiskey, ginger soda, bitters and vanilla ice cream, has layers of meaning as well as flavor. The drink takes its name from the Detroit thoroughfare where his kinfolk worked in the soda fountain.

A boozy, fizzy drink like that “lets us be big kids,” said Wise, who added that he enjoys watching guests’ faces light up when they re-experience a childhood taste memory.

Along the same lines is the Portland Egg Cream, a riff on the classic New York egg cream of milk, chocolate syrup and seltzer. Curiously, the traditional recipe contains neither egg nor cream. Wise’s version features housemade chocolate syrup, a dash of cream and a shot of Fernet-Branca. The bitter, herbal Italian amaro is so popular locally, especially among hospitality industry guests, that the diner serves it on tap, priced at $5.

One might ask who understands an egg cream in Portland, which is a long way from Brooklyn?

“There are a ton of East Coasters here,” replied Wise. “A lot of people remember it from childhood. If not, they are really open to the story.”

Going “gangbusters” at the diner, Wise said, are Spoon Drinks, which are build-your-own Old Fashioneds. Guests choose a base spirit, like rye whiskey or rum, which is served on the rocks with a demitasse spoon in the glass. Alongside is a tray of two dozen flavorings in eyedropper bottles that they can stir in, everything from cardamom-lime bitters to vanilla tincture. The potential flavor combinations are myriad.

“This is a way to put the spices in the hands of the guests,” said Wise. “It is 100-percent personal about what they create.”

The diner is also known for nuanced cocktails like the popular Trailblazer. Wise said it captures the “special feeling” of Portland he discovered on his first visit a few years ago. It is a tweaked gin sour with a backbone of locally distilled Old Tom gin, a style that is fuller-bodied than the more familiar London dry gin and exhibits cardamom and juniper notes as well as earth tones. It is combined with Austrian stone pine liqueur, lemon, egg white and housemade sage-peppercorn syrup. The stone pine liqueur adds a crisp, herbaceous tone, while the sage-peppercorn syrup gives sweetness, depth and a multi-dimensional palate impression. Because guests are familiar with pepper as a seasoning for food, they also enjoy it in a cocktail, where it helps to amplify, modify or balance flavors, Wise said.

The drink is first dry-shaken, or shaken without ice, to aerate and emulsify the egg white and other ingredients. After a second shaking with ice, it is strained into a coupe glass and served.

“There you have a really pretty sour, super balanced and nuanced and pretty satisfying,” said Wise.

Other special effects come into play in the New Money, a bourbon Manhattan on tap with a couple of new wrinkles. It sports a tinge of smoked vermouth, made by placing an open pan of Italian vermouth in a kitchen smoker over smoldering hickory and pinot noir-barrel wood chips. Rounding it out is Nardini Amaro, another of the Italian bitters in Wise’s tool kit, which adds a hint of spice.

“Every amaro tells its own story,” said Wise. “They have all kinds of fun, little flavors that poke their heads out in their own way when you incorporate them in a cocktail.”