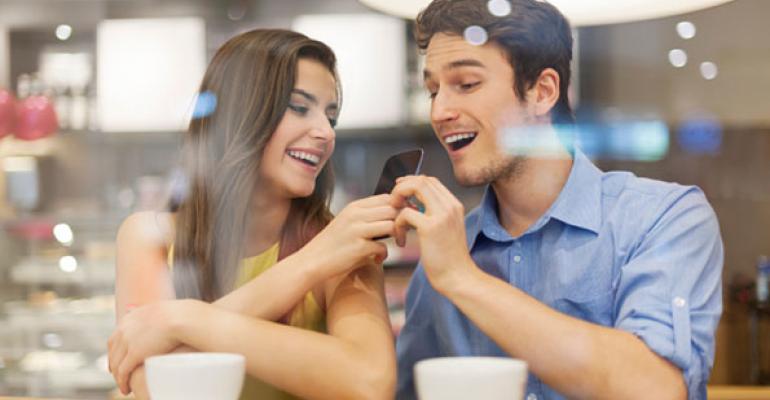 Customer Wi-Fi a win for restaurants

Sixty-five percent of customers expect easy internet access while eating out, according to research from industry data and analysis firm Technomic.

When Burger King announced last April an upgraded “Whopper Wi-Fi” platform at all domestic locations, the chain tapped into the increasing consumer expectation of being to be able to freely access the Internet while eating out, particularly in the limited-service segment.

The upgrade couldn’t come at a better time for consumers.

According to research from industry data and analysis firm Technomic Inc., 65 percent of consumers in 2014 expect restaurants in the quick-service segment to offer free access to Wi-Fi in their restaurants. It is an expectation that operators cannot afford to ignore, says Darren Tristano, executive vice president at Chicago-based Technomic.

“Over the years, Wi-Fi has really transitioned from nice to have to a point where operators should believe that it is an expectation of their customers,” Tristano said. “It is a no-brainer and because it is such a huge expectation, I don’t know how you avoid it.”

Miami-based Burger King declined to be interviewed for this story, but issued a statement saying that the upgrade will provide guests with an easier to use and more robust network, while simultaneously improving the overall dining experience.

“Most of our guests carry smart phones or tablets, and this upgrade makes their time with us easier and more enjoyable,” Alex Macedo, president, North America, BKC, said in the statement. “We are committed to enhancing our digital platforms across the board and having Whopper Wi-Fi is just the beginning.”

Quick-service brands should also look at free Wi-Fi as way to bring back the crucial millennial demographic that has pulled back from restaurants since the recession, according to research market research firm The NPD Group.

“The 18-34 [year old] consumer used to be the heaviest restaurant user prior to the recession, but in the past six years that group has cut back 50 visits per person,” said Bonnie Riggs, restaurant industry analyst at Port Washington, N.Y.-based NPD. She also noted that those cuts came at the expense of quick-service and full-service brands, not the growing fast-casual market.

“As we all know, fast food is very dependent on that group [of consumers],” Riggs said. “If they are trying to compete and be competitive, then they are going to have to offer those services.”

And Burger King isn’t the only one looking to keep up. Competitors such as McDonald’s and Wendy’s have both announced plans to make increased Wi-Fi access a central part of their remodeling plans, while Taco Bell said it will offer an entertainment network and free Wi-Fi access to all its locations by 2015. Dunkin’ Donuts introduced a new store design last year that featured free Wi-Fi, television and couches aimed at creating an enhanced atmosphere for their customers. The Canton, Mass.-based coffee chain currently offers free Internet access in most of its more than 7,500 restaurants in the U.S.

“We know our guests are constantly connected to their devices, whether it’s their smartphone, computer or tablet and we strive to accommodate them,” said Justin Drake, a spokesman for parent company Dunkin’ Brands Group Inc.

And while offering Internet access in restaurants isn’t new — chain’s like Starbucks, First Watch and Denny’s have been doing it for years — the number of people carrying internet-capable devices certainly has increased, thus creating a larger demand for access.

In Comscore and Pew Research Center studies previously cited by Nation’s Restaurant News, it was found that 58 percent of American adults now own a smartphone. The number is even higher among 18- to 29-year-olds, 83 percent of which own a smartphone. Sixty-three percent of U.S. adults access the Internet on their phones now, and increase of more than double from 31 percent in 2009.

“What keeps me up at night is really what should keep all of us up at night: The first is food safety; the second is IT security,” he said.

With the potential for data breaches, slow connection and any other number of other potential problems anyone with an email account is familiar with, there is a right way and a wrong way for operators to give customers access.

“A restaurant can go to a do-it-yourself model by purchasing routers and access points, but I won’t pretend to be a cook,” said Alex Sewell, executive director of emerging markets at Comcast business. “Do you really have something that is secure?”

Sewell’s group oversees the product and marketing for the hospitality business.

“Restaurants should have a secure private network for business use, but also a separate hot spot for patrons,” Sewell said. “It is critical to keep business processes separate from the general public Wi-Fi usage. Transactions should be done over a secure, encrypted network. Also, you want to make sure that your private network isn’t mixed with your public network so that your business won’t be impacted by surges in customer use.”

In terms of cost, Sewell said the recommended route for restaurant companies is to work with a managed Wi-Fi vendor, which can charge installation fees of up to a $1,000, plus a monthly rate, which does not include the cost of the underlying internet service. However, the amount a restaurant company spends on Wi-Fi varies greatly based on sized, provider and network. Still, it is almost unanimously agreed upon by experts and operators alike as a more than worthwhile expense.

“It’s a modest cost,” Tristano said. “And it is one that is very well justified and appreciated by customers, and it can very likely attract patrons.”