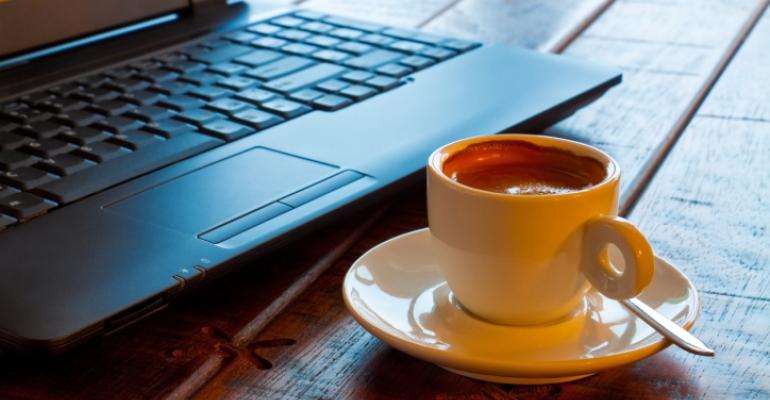 Competition for breakfast sales is fierce in the restaurant industry, and the quick-service chains winning in the morning daypart are attracting guests with coupons and getting them to linger with Wi-Fi, according to a new report.

Those chains’ investments in wireless Internet access at their stores and in coupons and other offers distributed online are paying off with breakfast consumers, who tend to be more plugged in, according to Scarborough’s demographic research.

“Whether targeting a student working on a research project or a professional catching up on e-mail, some fast-food chains have added Wi-Fi to their restaurants to create a cafe environment so patrons can relax, stay a while and enjoy additional menu items,” said Alisa Joseph, vice president of advertiser marketing services for Scarborough. “Brands have an opportunity to leverage the Wi-Fi with the digital-couponing activity to target these consumers as they dine.”

To attract and cater to such customers, McDonald’s has made free Wi-Fi a central part of its restaurant reimaging plans in the United States, where several hundred stores will be updated with a more contemporary look and feel. Getting people to linger in the restaurants also complements the chain’s McCafe beverage strategy, which started with espresso-based specialty coffees and now includes frozen Frappes and Real Fruit Smoothies.

The Oak Brook, Ill.-based chain recently distributed a $1 off coupon for its new smoothies on its Facebook page. The offer ran through Sunday.

Some of the other big breakfast players also use their Facebook pages in targeted-marketing efforts. Canton, Mass.-based Dunkin’ Donuts allows customers to sign up for its DD Perks program from a dedicated tab on its page, while Seattle-based Starbucks’ latest Facebook application lets its patrons manage their Starbucks Card account and balance. Soon the app will let cardholders load money onto their friends’ Starbucks cards as a gift.

Scarborough also found that quick-service breakfast users are 16 percent more likely than the average respondent to belong to Generation Y, which includes people between 18 and 29 years of age. Consumers from households with annual incomes of $100,000 or more, as well as those with a college education, were more likely than respondents from less affluent households to visit a quick-service restaurant for breakfast.

The consumer research firm also pointed out which markets of the more than 70 metropolitan areas it tracks had the heaviest usage of quick-service breakfast. Greensboro, N.C., led the way with 56 percent, followed by Boston with 55 percent. Other breakfast-friendly markets included Raleigh, N.C., with 51 percent; and Greenville, S.C., and Providence, R.I., with 49 percent.

Scarborough noted that the leading markets either tended to have higher quick-service usage overall — as with Greensboro, Raleigh, Charlotte and Greenville — or to be weighted more heavily with demographic groups who consume quick-service breakfast, as seen in the higher-than-average representation of single adults in Boston and Providence.

Scarborough Research surveys more than 210,000 adults annually and is a joint venture between The Nielsen Company and Arbitron Inc.