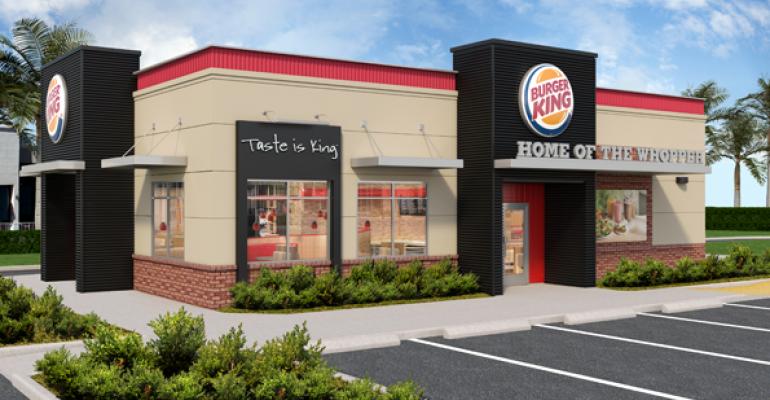 Burger King Corp. has rolled out an upgraded “Whopper Wi-Fi” platform to all its domestic units, making wireless Internet connectivity available systemwide in the United States ahead of the completion of its remodeling program.

“Whopper Wi-Fi is about improving the in-restaurant experience for our guests,” Alex Macedo, president of Burger King’s North America division, said in a statement. “We are committed to enhancing our digital platforms across the board, and having Whopper Wi-Fi is just the beginning.”

The announcement is part of a major move toward adopting mobile technology, not just at Miami-based Burger King but in the entire quick-service restaurant industry. Beginning this month, Burger King was to begin accepting mobile payments at many of its locations in the United States, and officials said that it would be available systemwide within a few months.

Days after Burger King made its mobile-payment announcement in March, Wendy’s said it had rolled out a mobile payment function to its MyWendy’s smartphone app that could be used at its more than 6,000 restaurants in the United States. McDonald’s also is reportedly testing different mobile payment and mobile marketing solutions for its more than 14,000 domestic locations.

In Comscore and Pew Research Center studies previously cited by Nation’s Restaurant News, adoption and usage of smartphones and tablets were found to be rising rapidly. For example, 58 percent of American adults now own a smartphone, and that ownership skews higher among younger demographics, including 83 percent for 18- to 29-year-olds. Sixty-three percent of U.S. adults access the Internet on their phones now, rising from 31 percent in 2009.

To meet demand for this growth in smartphone and tablet usage, many quick-service restaurants have made greater Wi-Fi access central to their remodeling plans, including at burger segment competitors like McDonald’s and Wendy’s.

Burger King’s own remodeling program to its “20/20” design prototype had included Wi-Fi, but that reimaging effort is still in its early stages. During Burger King’s fourth-quarter earnings call, Macedo disclosed that the chain completed 600 remodels of its units in North America, reaching 30 percent of the more than 7,400 restaurants in the United States and Canada. The chain’s goal is to have 40 percent of the North American system reimaged by the end of 2015, he said.

At the close of fiscal 2013, Burger King’s mostly franchised system had 13,667 restaurants in the United States and 96 foreign markets.