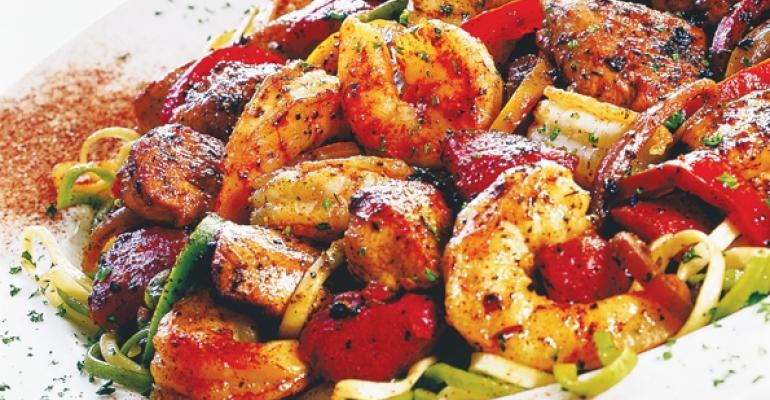 High prices will persist for this favorite seasonal item

The high price of shrimp will likely put a damper on restaurant profits this holiday season and into next year.

Shrimp prices have skyrocketed this year, primarily due to a disease that has hampered production among farm-raised shrimp suppliers in Asia, which are among the world’s largest producers. Known as Early Mortality Syndrome, or EMS, the disease first cropped up among shrimp producers in China in 2009, and has since spread to producers in Thailand and Vietnam.

In addition, shrimp farms in India reportedly suffered damage after a cyclone there earlier this month. And some exporters to the U.S. have shifted business elsewhere after the U.S. Department of Commerce threatened higher duties on imported shrimp earlier this year, causing some producers to renege on contracts.

The result has been higher prices for all types of shrimp, whether wild-caught from the Gulf of Mexico or farm-raised elsewhere, as demand outstrips supply.

According to commodity tracker Urner Barry, prices in October rose 55 percent over the prior year for farm-raised white shrimp, which are the most common on restaurant menus. Black tiger shrimp prices increased 33 percent. Supply watchers estimate that shrimp prices could remain elevated for a year or more.

The limited supply comes as restaurants head into the holiday season, when shrimp is in demand for party menus. It also comes at a time when additional commodities, like beef, are seeing a surge in pricing.

"The restaurant industry was getting by on chicken breast and shrimp, but now we’ve lost shrimp," John Barone, president and commodities analyst for Market Vision Inc. said.

Last week, in a call with analysts following the release of third-quarter results, officials with The Cheesecake Factory Inc. said they expect the higher cost of shrimp, and to some extent salmon, to impact earnings by as much as 7 cents to 10 cents per share in 2014. The company is projecting earnings per share to total between $2.29 and $2.41 for fiscal 2014. This year, the company has projected earnings per share between $2.10 and $2.13.

The Cheesecake Factory said shrimp costs have gone up between 30 percent and 60 percent. Next year, food cost inflation is expected to be between 4 percent and 5 percent overall, driven primarily by the seafood pressure.

“We believe that we will be able to offset some of this pressure with slightly higher pricing, balancing our need to protect the guest traffic and protecting our margins,” said W. Douglas Benn, the Calabasas Hills, Calif.-based company’s chief financial officer and executive vice president.

While Cheesecake Factory officials said higher shrimp prices are likely a short-term issue, others say it may be a concern for a while.

Logan Kock, vice president of purchasing for retail and wholesale supplier Santa Monica Seafood, based in Santa Monica, Calif., said it will likely be a couple of years before shrimp prices moderate, though pricing will drop somewhat after the high-demand holiday season ends in January.

“It’s going to be a tight winter,” said Kock. “I don’t know how much higher prices can go.”

Meanwhile, Kock said restaurant buyers are showing signs of pushback and concern about the price of shrimp. Some are shifting to smaller-sized shellfish, while others are looking for protein alternatives to promote.

Small shrimp from Canada and Oregon — often referred to as sweet “salad shrimp” — is an option, he said. And restaurants can get a bit more creative with dishes to use fewer shrimp on the plate to mitigate costs.

Though lobster tails were plentiful and relatively affordable this summer, prices are also climbing for that popular holiday menu item, said Kock.

For seafood platters overall this season, “Crab claws are probably a better value,” he said.