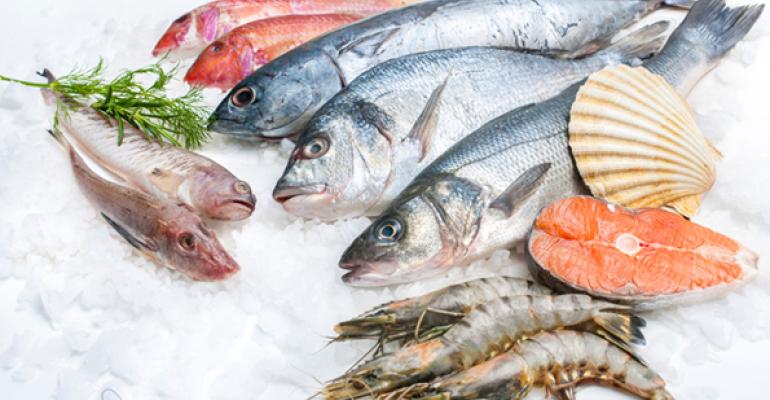 Per capita seafood consumption declined in the United States over the past few years as consumer confusion about seafood’s health and safety spread, according to the National Fisheries Institute.

Shrimp remains the most widely consumed seafood, followed by salmon, which replaced canned tuna as the second most popular seafood. The NFI said the rise in salmon consumption is due in part to the record-high catch of Alaska pink salmon, much of which is processed as canned or frozen fish.

"It's more difficult to distinguish what has been totally consumed and what's still on the shelves and in the freezers," NFI spokeswoman Lynsee Fowler said in an e-mail.

Rounding out the top five are tilapia and Alaska pollock, which have been in the top five since tilapia pushed catfish to sixth place in 2006. 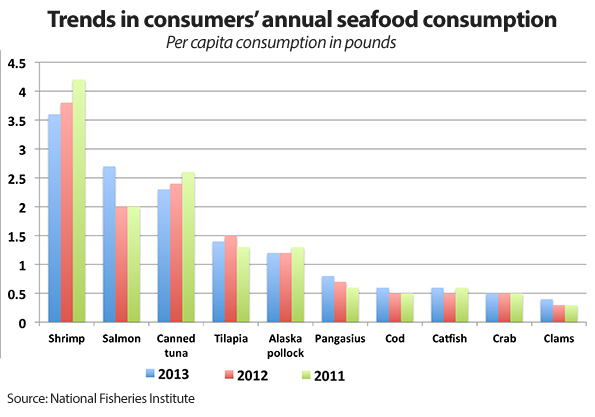 “A combination of population growth and barriers to consumption, like misinformation about seafood, have contributed to this trend,” Fowler said. “That’s why it’s more important than ever that public health efforts educate Americans about the nutritional importance of eating seafood at least twice a week.”

Dietary guidelines from the United States Department of Agriculture recommend that Americans swap out protein with higher saturated fat levels for fish.

Current nutritional science indicates that the long-chain Omega-3 fatty acids that are abundant in fish — particularly oily fish such as salmon, herring and mackerel — are important for heart health. Although many environmental and other groups have raised concerns about high levels of mercury and other toxins in some fish, the Harvard School of Public Health and other public health institutions indicated that the nutritional benefits of eating seafood outweigh any risks.

Update: Nov. 7, 2014  This story has been updated with more information about the increase in salmon consumption in 2013.