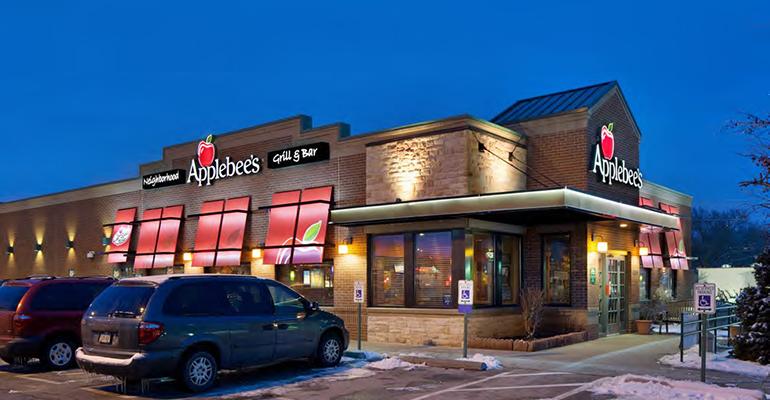 The slide came on the heels of a 7.2-percent decline in same-store sales during the fourth quarter.

Recently appointed Applebee’s president John Cywinski said the brand had wandered too far from its identity as an “affordable indulgence,” and a lack of focus on the customer experience had undercut the restaurant’s earning potential.

“The brand has had a few missteps over the past 18 months,” Cywinski said.

He pointed to “middle America” and “middle income” diners as a neglected target audience.

“There was an attempt to reposition the brand in an aspirational manner into a modern bar and grill,” Cywinski said. “It’s indicated from the data that we may have alienated some core guests in the process.”

The repositioning Cywinski referred to was in 2016, when Applebee’s rolled out a wood-fired grill platform to disappointing results.

Eventually, Julia Stewart would resign from her post as DineEquity chairman and CEO.

With a mission to revitalize Applebee’s, Cywinski promised that the revamp would be extensive.

“There are no sacred cows here,” he said, suggesting that every facet of the brand’s operations would be reviewed and adjusted if necessary.

The re-evaluation will be thorough, but primarily internal. Cywinksi refused to blame overall downward segment trends for the poor financial results.

“I’ve done this before and I’m not naïve,” he told investors. “I know this brand and category intimately. While the category has certainly been challenged, I think Applebee’s recent subpar performance has been mostly self-inflicted.”

“I am very confident in several strategies underway at IHOP to drive sales and traffic, as well as improve the guest experience through restaurant remodels and expansion of our off-premises business,” Richard J. Dahl, chairman and interim CEO of DineEquity, said when results were released.