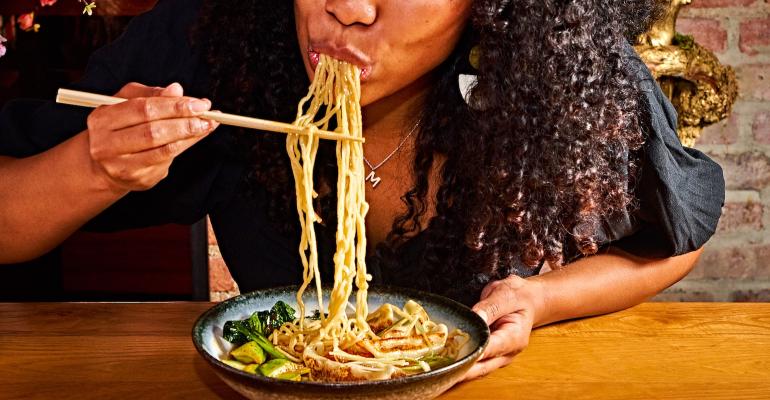 Wagamama, the full-service Asian-cuisine brand started in London, plans to open its first Florida location in February, the company announced this week.

Wagamama currently has six U.S. restaurants, with three in New York City, two in Boston and one in Atlanta, a spokesperson said.

Tampa will be the brand’s fourth domestic market when it is scheduled to open Feb. 11 with a 4,200-square-foot restaurant that include booths, communal tables and an outdoor patio.

Richard Flaherty, CEO of Wagamama U.S., said in a statement: “We look forward to welcoming guests into Wagamama Tampa and offering a varied modern Asian menu that appeals to the modern consumer.”

The current ownership structure of the U.S. units was developed in February 2020, immediately before the pandemic was declared. Flaherty partnered with Robert Cornog, who is now co-CEO of Wagamama U.S., when the brand started with a "strategic review" of its U.S. business. The brand decided to bring in Cornog and Flaherty as operating partners and co-CEOs in the U.S. and enter into U.S joint venture partnership with Conversion Venture Capital (CVc2) as financial partners.

The arrangement is an 80:20 joint venture partnership with The Restaurant Group (TRG) — the parent company of Wagamama — as minority partner. TRG has a large hospitality business portfolio in the United Kingdom, and the group purchased the Wagamama restaurant business in December 2018.

The website Creative Loafing Tampa reported that “when the opening of Tampa's Wagamama was first announced in late 2021, it was initially slated to open by early 2022. A full year after its original debut date, Wagamama will soon join the ranks of other Water Street Tampa hotspots like Noble Rice, Dang Dude and the soon-to-open Boulon Brasserie.”

Wagamama is the Japanese word for “naughty child,” and the brand’s menu offers a variety of noodle dishes, ramens, curries, shareables and craft cocktails.

Menu highlights include Tantanmen Beef Brisket Ramen, a Korean beef brisket served on top of noodles with half a tea-stained egg, menma (a condiment made from dried and fermented bamboo shoots), kimchi, scallions, cilantro and bok choy in chicken broth, and Banana Katsu, with the banana fried in crust of panko breadcrumbs and served with caramel sauce and a scoop of salted caramel ice cream.

The Tampa location expects to be open for lunch and dinner daily from 11 a.m. to 11 p.m., Sunday through Thursday, and 11 a.m. to midnight on Friday and Saturdays.