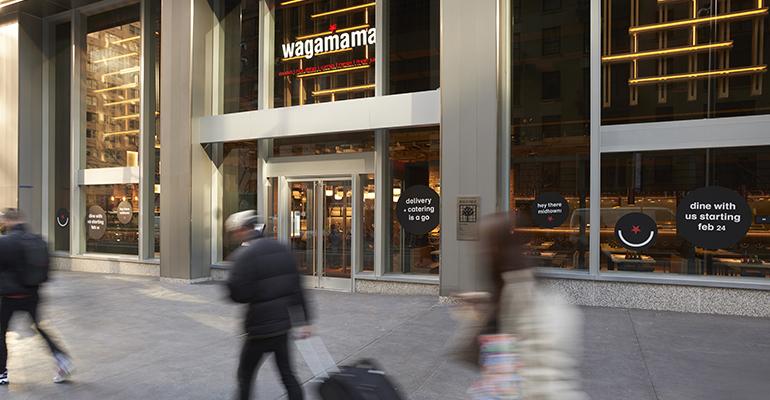 The U.K.-based Asian cuisine chain is leaning into beverage and off-premise for its stateside expansion

Wagamama first set its sights on the U.S. in 2007; however, the popular U.K-based noodle and Asian cuisine chain has had trouble gaining traction in the states beyond a handful of locations in New York and Boston. Today it announced new capital, new operating partners and new ambitious plans for expansion in the States. The brand also opened a new location in Midtown Manhattan.

"There are always difficulties launching a U.K. concept in the U.S. The consumers are similar but not identical," said Robert Cornog, who is now co-CEO of Wagamama U.S.

When considering growth this time around, Wagamama started with a "strategic review" of its U.S. business. The brand decided to bring in Cornog and his partner Richard Flaherty as operating partners and co-CEOs in the U.S. and enter into U.S joint venture partnership with Conversion Venture Capital (CVc2) as financial partners.

Cornog and Flaherty, who have a variety of experience in the restaurant industry, including launching Punch Bowl Social, will assume full ownership and operational control of the existing U.S. business. The arrangement is an 80:20 joint venture partnership with The Restaurant Group (TRG) — the parent company of Wagamama — as minority partner. TRG has a large hospitality business portfolio in the U.K., and the group purchased the Wagamama restaurant business in December of 2018.

Related: Cracker Barrel to invest as much as $140M in Punch Bowl Social

"The goal of [the strategic review] was to decide how do we kickstart growth here in the U.S., and this is the way they want to do it, and we're really excited to be a part of it," said Cornog. The partners are looking at locations outside of the Northeast for their U.S. expansion.

"The customer following Wagamama has developed in Boston and New York has only built our confidence in the brand's global potential, but like many businesses in our industry the challenges of running a U.S. business at arm's length have inhibited the pace of our growth," said Emma Woods, Wagamama CEO.

"We're so pleased to have found two on-the-ground business leaders who not only have the operational experience to realize our ambitions, but who genuinely share our love for everything that makes Wagamama so special,” she said.

Wagamama first opened in London in 1992 and now has over 200 locations in 27 countries. The dishes — including curries and ramens — take inspiration in cuisines from Japan, China and Korea.

Now is the right time for the Wagamama's U.S. expansion, the U.S. CEOs said. For one thing, American consumers are a bit more adventurous than they were a decade ago. Those consumers are more welcoming of international brands, too. And Wagamama restaurants aim to provide "experiences," which is something an increasing number of consumers are prioritizing. To that end, Wagamama's open kitchens offer a bit of "theatre," notes Cornog. The restaurant interiors are heavy on communal seating — a flourishing design feature. Then there's the food. The menu features bowls and ramen, two growing menu items.

But some things will need to change for the brand to fit the specific needs of U.S. consumers. 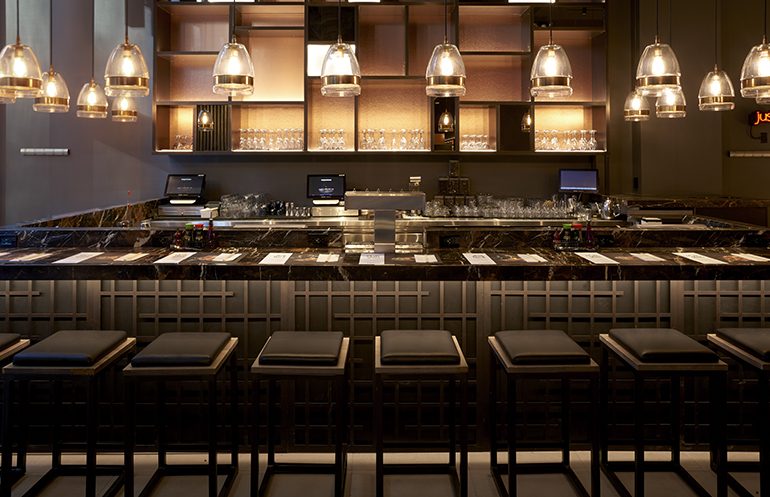 In the U.S. Wagamama will be expanding its bar program

With this in mind, the new CEOs are looking to expand the beverage program, which isn't a large part of Wagamama's focus in the U.K. New locations in the U.S. will feature bars more prominently in designs.

Off-premise will also be a consideration in new locations with features like separate pick-up entrances and shelving for these orders.

"The food travels extremely well," said Cornog, who notes that off-premise or as they say in the U.K. "take-away" is something that restaurants in both countries are grappling with.