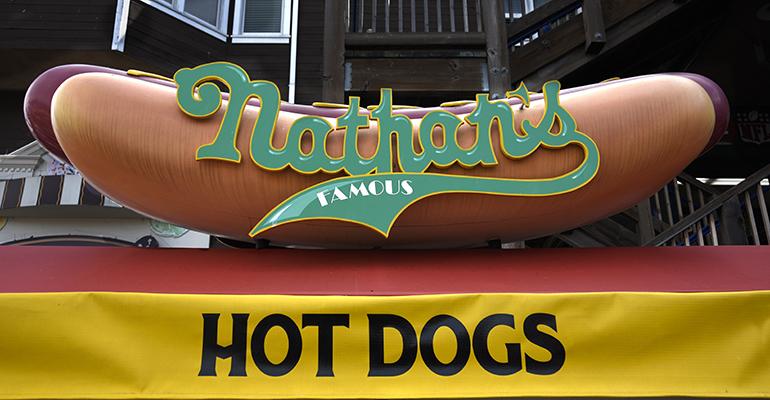 The Long Island, N.Y.-based Nathan’s said in a Securities and Exchange Commission filing that it received the loan April 21 through the Coronavirus Aid, Relief, and Economic Security Act program, days before the SBA issued guidance that publicly traded companies with access to other financing would be unlikely to qualify for the PPP. The Treasury Department urged such companies to repay the loans by May 7.

“In light of the new guidance, the company has determined to repay and return the entire amount of the PPP loan to the lender,” Nathan’s said in the filing.

Nathan’s Famous said that since state and city mid-March restrictions on restaurants to stem the spread of COVID-19 it has closed one of its four company restaurants, leaving the remaining three with take-out and delivery sales only.

“The majority of our franchised locations have been temporarily closed due to their locations in venues that are closed (such as shopping malls and movie theaters) or venues operating at significantly reduced traffic (such as airports and highway travel plazas),” the company said.

“We also expect to realize declines in sales and profits from our branded product program during this period as many of our customers operate in venues that are currently closed and may be slow to reopen, such as professional sports venues, amusement parks, shopping malls and movie theaters,” Nathan’s said.

Nathan’s said it was confident in the supply of its hot dogs over the next several months, even though a primary manufacturer, Smithfield Foods, recently announced the closure of four of its plants due to COVID-19.

“The only plant closure that has any relationship to our operations is the Sioux Falls plant which is currently scheduled to reopen” this week, Nathan’s said.

Correction April 30, 2020: This story has been edited to correct the Fiesta Restaurant Group loan amounts.