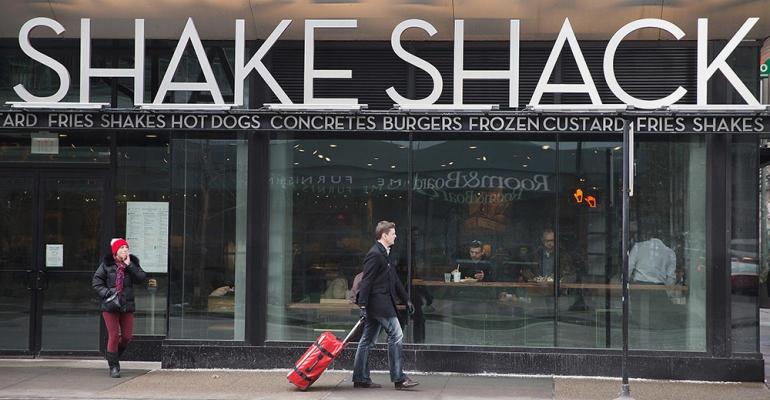 ‘We’re fortunate to now have access to capital that others do not,’ CEO Randy Garutti and chairman Danny Meyer say in letter

Shake Shack Inc. will be returning the $10 million loan that the company received through the Paycheck Protection Program intended to help restaurants get through closures in coronavirus pandemic, the company’s executives said in a letter posted Sunday to LinkedIn.

In the open letter, Randy Garutti, CEO of Shake Shack, and Danny Meyer, concept founder and chairman and CEO of Union Square Hospitality Group, said the New York City-based burger brand would be returning the loan through the program that was launched on April 3 after Congress approved a $2 trillion Coronavirus Aid, Relief and Economic Security, or CARES Act.

The CARES Act included the $349 billion PPP loan program, which the Small Business Administration said Thursday had run out of funds and would stop taking applications.

Shake Shack has been able to access additional capital through an equity transaction in the public markets, Garucci and Meyer wrote.  “We’re thankful for that,” they said, “and we’ve decided to immediately return the entire $10 million PPP loan we received last week to the SBA so that those restaurants who need it most can get it now.”

Garutti and Meyer noted that “Shake Shack, like all restaurant businesses in America, is doing the best we can to navigate these challenging times. We don’t know what the future holds. Our people would benefit from a $10 million PPP loan, but we’re fortunate to now have access to capital that others do not. Until every restaurant that needs it has had the same opportunity to receive assistance, we’re returning ours.”

Meyer and Garutti said they, like many restaurateurs, had been relieved when Congress and the White House agreed March 27 on the $2.2 trillion CARES Act.

“This pandemic, and the consequential shut-down of an entire industry that relies upon the gathering of people — at a moment when people cannot gather — had already shown that no restaurant is unsinkable,” Garutti and Meyer said.

“With slim margins in our industry to begin with, restaurants of all sizes and flavors were vulnerable and laying off people by the hundreds,” they said. “Indeed, both Shake Shack and Union Square Hospitality Group needed to make those tough decisions too, furloughing or laying off hundreds of team members throughout our respective companies — one a publicly traded company, the other an independent restaurant group.”

Shake Shack on Friday said it had furloughed or laid off more than 1,000 workers at its restaurants and its New York City headquarters. Union Square Hospitality Group laid off about 2,000 people, or 80% of its workforce, in mid-March.

“Restaurants function as the lifeblood of the U.S. economy and the nation's spirit,” Garutti and Meyer wrote. “The bulk of the over $800 billion that restaurant-goers spend on dining out flows right back into the economy with much of that impact going to the very small businesses this PPP loan was intended to reach. The CARES Act was touted as the largest economic stimulus package in U.S. history and on its initial face, for restaurants, there seemed to be a lot to like in the bill.”

They said the legislation arrived “in the nick of time.”

“The onus was placed on each business to figure out how, when or even if to apply. The ‘PPP’ came with no user manual and it was extremely confusing,” the letter said. “Both Shake Shack (a company with 189 restaurants in the U.S., employing nearly 8,000 team members) and Union Square Hospitality Group (with over 2,000 employees) arrived at a similar conclusion. The best chance of keeping our teams working, off the unemployment line and hiring back our furloughed and laid off employees, would be to apply now and hope things would be clarified in time.”

Garutti and Meyer said the act’s stipulation that it would cover small businesses, those with no more than 500 employees per location, signaled “Congress had gotten the message that as both as an employer, and for the indispensable role we play in communities, restaurants needed to survive.”

They noted that few U.S. restaurants employ more than 500 people per location.

“That meant that Shake Shack — with roughly 45 employees per restaurant — could and should apply to protect as many of our employees’ jobs as possible,” they said. “The immediate drop in business due to the virus had caused the company to face operating losses of over $1.5 million each week, simply by keeping our doors open with the goal of paying our people and feeding our communities. Our teams have been heroic, pivoting our business to a new curbside pickup and delivery model, while keeping our teams and guests at a safe distance.”

USHG restaurants closed on March 13. Garutti and Meyer said some USHG loans have been funded and “we await the day we’re able to re-open.”

When the SBA said last Thursday that the PPP funds had been exhausted, Garutti and Meyer said, “businesses across the country were understandably up in arms. If this act were written for small businesses, how is it possible that so many independent restaurants whose employees needed just as much help were unable to receive funding? We now know that the first phase of the PPP was underfunded, and many who need it most, haven’t gotten any assistance.”

Garutti and Meyer urged Congress to provide more funding for restaurants to they can hire back their teams.

“We are an industry of 660,000 restaurants with nearly 16 million employees,” they said. “While it is heartening to see that an additional $310 billion in PPP funding is about to be approved, in order to work for restaurants, this time we need to do it better.

They also said, “It’s inexcusable to leave restaurants out because no one told them to get in line by the time the funding dried up. That unfairly pits restaurants against restaurants. This industry rises and falls together. And if there is a concern that once again the government will have not allocated adequate funding, then send business to the front of the PPP line which has more limited access to outside funding.”

They also recommended eliminating the “arbitrary” June forgiveness date for PPP loans. “This virus has moved in waves with a different timeline in different parts of our country. Instead, make all PPP loans forgivable if an adequate number of employees are rehired by a minimum six months following the date that a restaurant’s state (or city) has permitted a full reopening to the public,” they said.

“If this health crisis and the associated economic shock has taught us anything, it is that we are all in this together,” they noted. “Restaurants and their employees are craving the moment when we can safely be back in business and bring our guests back to the table. With adequate funding and some necessary tweaks, the PPP program can provide the economic spark the entire industry needs to get back in business.”

Shake Shack, founded in 2004, has more than 280 locations in 30 states, the District of Columbia and internationally. The company has 95 restaurants abroad.