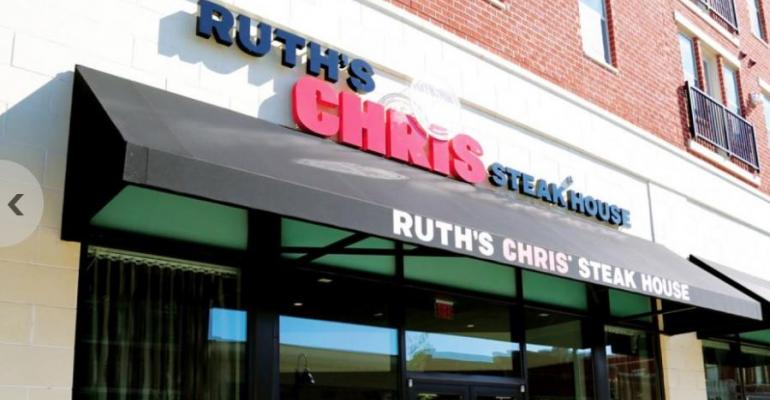 Facing pressure to return a $20 million federal loan designed to help small businesses hurt by the COVID-19 pandemic, Ruth’s Chris Hospitality has decided to give back the money, the company said Thursday.

“In an effort to protect our team members and their loved ones, Ruth's Hospitality Group applied for and received loans under the government's Paycheck Protection Program (PPP). We were eligible for this assistance, and our goal was to utilize funds to keep as many of our team members working for as long as possible, cover 100% of healthcare benefits, and position Ruth's Chris to rebuild its workforce as quickly as possible,” the company said in a statement.

Ruth’s Chris had intended to repay the loan according to government guidelines. The statement continued, “As we learned more about the funding limitations of the program and the unintended impact, we have decided to accelerate that repayment. We remain dedicated to protecting our hardworking team. It is our hope that these funds are loaned to another company to protect their employees, just as we intended.”

Ruth’s Chris was among several larger restaurant chains that faced critcism for receiving loans when independent restaurants couldn't get past the application phase. A Change.org petition asking Ruth’s Chris to return the funding was signed by more than 260,000 people.

“This is a big win for those frustrated by large companies jumping in front of small and local businesses,” Michael Jones, managing director of campaigns at Change.org, said in a statement. “Hundreds of thousands of people took action, and now $20 million will be back on the table for small and local businesses to access when Congress authorizes new funding. That's true people power and a massive flex of muscle for consumers tired of corporate greed.”

Last week PPP funds dried up, leaving many independent restaurants without funding. On Thursday, the House approved an additional $310 billion to replenish the program, and the President is expected to sign the bill on Friday.

In addition, the Treasury department issued new guidance for the loan program that would discourage companies with access to other sources of capital to borrow money.

“It is unlikely that a public company with substantial market value and access to capital markets will be able to make the required certification in good faith, and such a company should be prepared to demonstrate to SBA, upon request, the basis for its certification,” the Treasury said.

Chains like Shake Shack and Ruth’s Chris Hospitality came under fire for receiving funds. Nation’s Restaurant News was among the first national publications to point out that Shake Shack cut 1,000 employees a week after receiving $10 million in PPP funding.

Late Sunday, Shake Shack said it would return its PPP funds because other restaurants “who need it most, haven’t gotten any assistance.”  Sweetgreen, which has about 90 locations, and the 25-unit Kura Sushi USA said they would return $16 million in PPP funds.

The COVID-19 pandemic has had catastrophic impacts on the restaurant industry due to shelter-at-home mandates.

On Monday, the National Restaurant Association asked Congress for a $240 billion recovery fund for the restaurant industry, which has seen 8 million workers lose jobs since mid-March. The industry is on track to lose about $80 billion in revenue by the end of April with industry-wide losses pegged at $240 billion through the end of 2020. Those losses assume a gradual reopening of the economy in June.