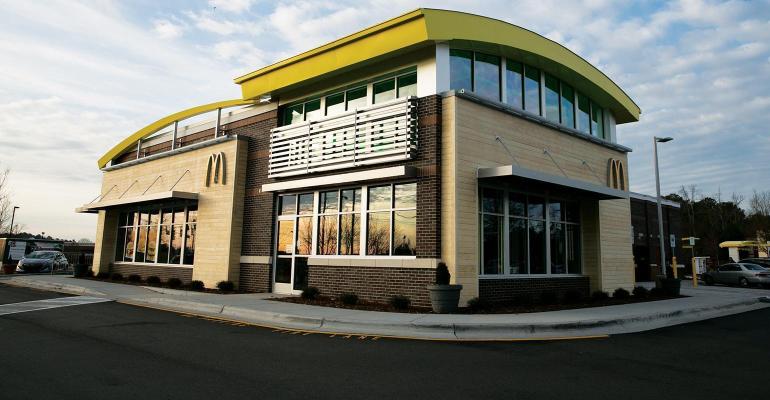 McDonald’s franchisee Santonastasso Enterprises LLC has been accused of child labor violations by the U.S. Department of Labor. According to the department, a federal investigation found that 101 minor-aged employees at  the franchisee's 13 Pittsburgh-area McDonald’s worked outside of hours permissible by the Fair Labor Standards Act.

In a news release issued by the U.S. Department of Labor’s Wage and Hour Division, the franchisee allowed 14-and-15-year-old employees to work more than three hours per day and after 7 p.m. on school days; later than 9 p.m. on days between June 1 and Labor Day; more than eight hours on non-school days; and more than 18 hours a week during regular school weeks. All of these schedules violate federal law. Investigators also found one Pittsburgh-area restaurant in violation of child labor occupations standards by allowing a minor to operate a deep fryer.

The franchisee was fined $57,332 for the violations.

In a statement, John and Kathleen Santonastasso, owners of Santonastasso Enterprises LLC, said, “We take our role as a local employer very seriously and we regret any scheduling issues that may have occurred at our restaurants. Our biggest priority is always the safety and well-being of our employees and we have since instituted a series of new and enhanced processes and procedures to ensure employees are scheduled appropriately.”

This is the latest investigation into child labor violations involving a restaurant chain. In 2020, a Louisville-based McDonald's franchisee was also ordered to pay a $48,258 fine for violating child labor laws. NPT Partners, which owns six McDonald’s, was accused of allowing 66 minors to work more than three hours on school days and more than eight hours on non-school days. Earlier this year, an Orange County McDonald’s franchisee paid about $26,000 for violating child labor laws. And, in September, a McDonald’s franchisee who operates restaurants in Vermont and New Hampshire was fined nearly $110,000 for child labor violations.

In a statement, McDonald's USA said, "While franchisees make local decisions for their businesses, including around labor and employment practices, they must comply with all state and federal laws, and we expect them to uphold our values in everything they do. McDonald’s and our franchisees do not take lightly the positive impact we can deliver – and therefore the profound responsibility we carry – when someone works at a McDonald’s, particularly as their first job.”

Franchisees at several quick-service brands, including Dunkin, Sonic, Dairy Queen, Chick-fil-A and Burger King, have been slapped with child labor fines in the past year alone. Further, in September, Chipotle was ordered to pay $7.75 million in child labor law violations to the state of New Jersey. Chipotle is not franchised.

The Labor Department said there have been more than 4,000 child labor violations involving more than 13,000 minor-aged workers identified between 2017 and 2021.

The restaurant industry has increasingly turned to teenagers for labor as it continues to grapple with labor gaps and remains about 400,000 workers short of pre-pandemic roster numbers. According to the Bureau of Labor Statistics, there were over 100,000 more teenagers in the labor force in April 2022 than there were in February 2020 before the pandemic began, which represents the highest number of teens in the labor force since 2009.

The Fair Labor Standards Act was first passed in 1938 to “ensure that when young people work, the work is safe and does not jeopardize their health, well-being or educational opportunities.”

This article has been updated to include a statement from the franchisee and from McDonald's USA.