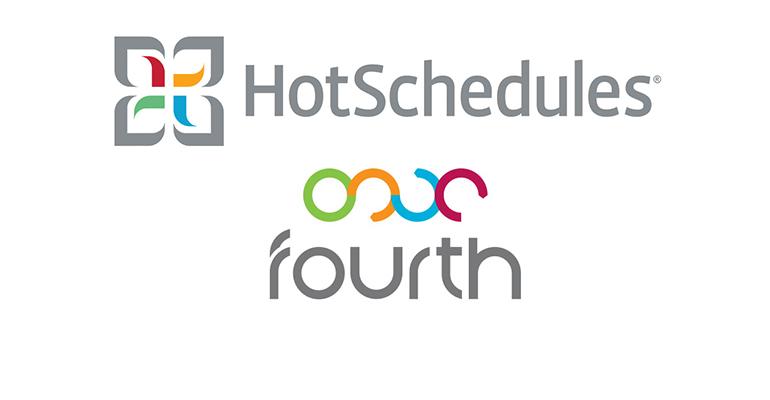 HotSchedules and Fourth, two of the largest technology companies supporting restaurants, have merged, the firms announced Wednesday. The companies help restaurants tackle two of the most significant issues facing the industry — labor and profit.

"I'm delighted to be involved, especially in a time when things are getting tighter and more difficult and crowded [in the restaurant industry]," said Ben Hood, co-founder and CEO of Fourth and CEO of the newly merged company. "Together we're much better."

Restaurants already working with HotSchedules and Fourth should see "no change," said Hood.

Related: With Uber Eats and Olo partnership, will we finally get rid of back-of-house iPads?

With the merger, restaurants will see added features such as demand forecasting or analytics, depending on which company a restaurant was already working with, said Hood. The platform integrates with nearly every point-of-sale system and industry-specific third-party application.

The combined company will serve restaurants as they come to terms with a changing labor landscape, said Hood. "There’s this whole history of the sector being very transient. [Restaurant employment is] changing very fast, and the operators are slowly waking up to the fact that they're going to have to do this much better than then have done."

HotSchedules and Fourth aren’t the first restaurant technology companies to form an alliance. The sector has been maturing and companies have been forming mergers and partnerships in the last few months.

The goal of many of these consolidations is survival and growth in a competitive landscape. And, hopefully, for operators, a more streamlined way to incorporate technology into their restaurants.

"This is a game-changer,” said Anne Ansley, chief financial officer of PDQ restaurants, the Tampa, Fla.-based fast-casual brand, owned by MVP Restaurant Partners LLC, in statement. “The combined solutions will significantly benefit the industry, and we're excited to be at the forefront of this technology."