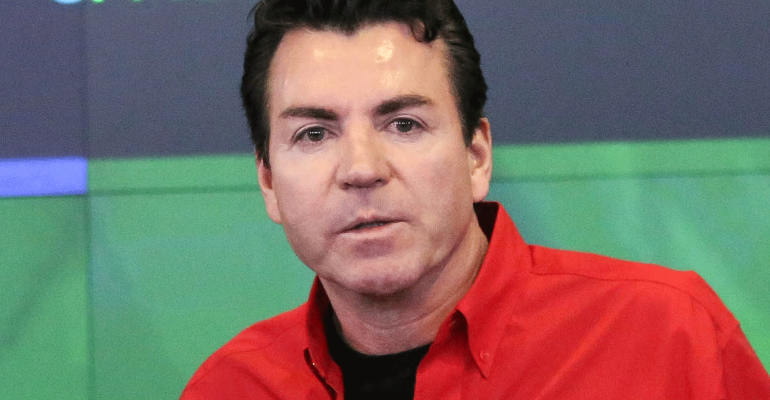 Rob Kim/Getty Images Entertainment/Getty Images North America
John Schnatter filed suit Thursday against the ad firm that was at the center of a racial slur leak that lead him to step down in July 2018.
News>Quick Service

John Schnatter, the founder and former CEO and chairman of Papa John’s International Inc., filed suit Thursday against the ad firm that was at the center of a racial slur leak that lead him to step down in July 2018.

Schnatter said he filed the suit in Kentucky’s Jefferson Circuit Court in Louisville, Ky., against the advertising firm Laundry Service of Brooklyn, N.Y., and its parent company, Wasserman Media, of New York City.

“The claims stem from a secretly taped meeting led by Laundry Service in May 2018, some details of which appeared in a salacious news story in Forbes falsely reporting that Mr. Schnatter used a racial slur against African Americans,” said Schnatter’s team in a press release. Schnatter stepped down as chairman of Papa John’s in July 2018.

“Today, I've taken a major step forward in search of the truth of what happened that caused me to lose my company, which resulted in thousands of franchisees and employees suffering from the economic fallout,” said Schnatter in a statement.

“The facts will show that my words were taken out of context and used to manufacture a scandal against me based on a completely false narrative,” he said.

Schnatter said that in the conference call he actually expressed his disdain for racism and criticized a well-known figure who reportedly used racial slurs.

Subsequently, excerpts from the conference call with Laundry Service were leaked to Forbes.

Schnatter has pledged to contribute all net proceeds from this lawsuit to charity.

"John Schnatter looks forward to a true, open accounting of what happened," said Terence Healy, counsel for Schnatter, in the statement. "Fortunately for John, this call was recorded. We encourage people to read the complaint and look at what John actually said."

In late November, Schnatter was interviewed by a Louisville news station, saying he’d eaten 40 Papa John’s pies in the prior 30 days and criticized the quality of the product.

Papa John's named Endeavor Global Marketing as its agency of record in July 2018.