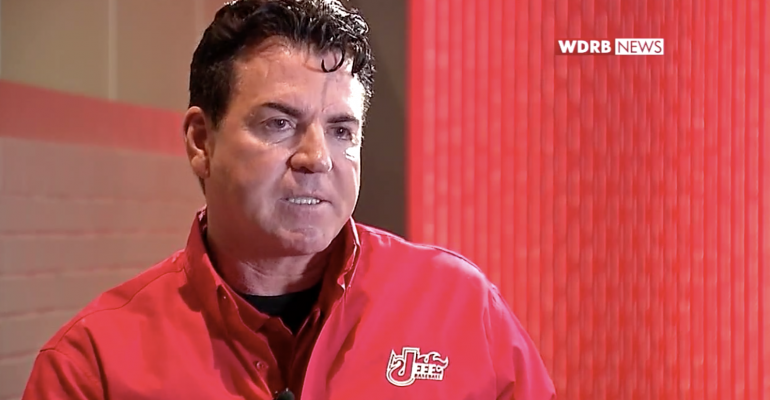 In a nearly five-minute exclusive segment Monday with Louisville, Ky., television station WDRB, Schnatter said he’s eaten 40 pies in last 30 days. “And it’s not the same pizza,” he said in the interview, which also touched on the company’s controversies and ensuing leadership changes.

The Louisville-based pizza company did not respond to a request for comment.

Schnatter stepped down as CEO in January 2018 following a controversy over his blame of flagging sales on protests in the National Football League. He stepped down as chairman in July 2018 after his use of a racial slur during media training. Activist investor Starboard Value LP bought into the company after a sales decline, and Papa John’s named Rob Lynch, a former Arby’s executives, as CEO in August.

In the television interview, Schnatter said the race controversy was fabricated and company insiders used the incident as an opportunity to push him out.

"I just didn't know it would happen from people on the inside doing this," he said. "I thought it would come from the outside."

Schnatter said he’s been selling his shares in the company.

"My metaphor is: There's no reason to be in the car when the car crashes even if you love the car," he said.

"Stay tuned. The day of reckoning will come," Schnatter said in the television interview. "The record will be straight."