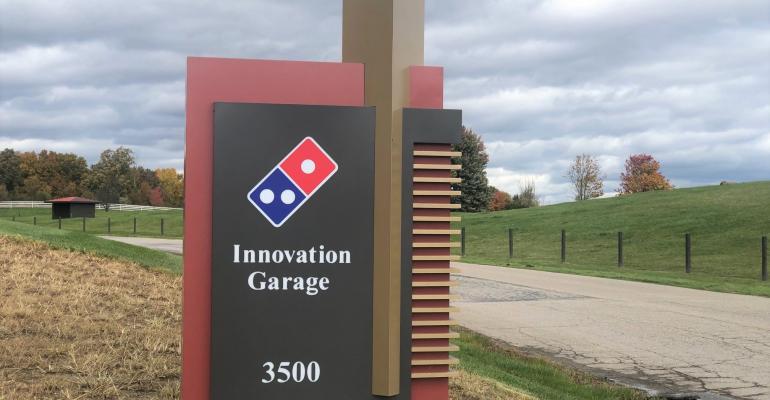 ‘This is the future of our company,’ chief digital officer on delivery robot deployment in Houston

Domino’s has quietly expanded its test of GPS pizza tracking to 400 stores in the U.S. and is exploring conversational AI for phone orders, tech initiatives the brand believes will give it leverage against third-party delivery companies.

“Let's be very clear, these aggregators are ultimately competitors of the restaurant companies that they serve,” CEO Ritch Allison told a small group of restaurant and tech industry reporters and bloggers during a media event held Tuesday at the brand’s corporate offices in Ann Arbor, Mich.

To remain on top of its game, Domino’s said it encourages a culture of risk taking, which means failing fast and never becoming complacent especially when it comes to innovation. That’s why more than half of the company’s 1,000 corporate employees are I.T. workers.

“We are maniacal about making it frictionless and easy for our consumers,” Chief Technology Officer Kelly Garcia said.

Here are the top three innovations the brand is working on: 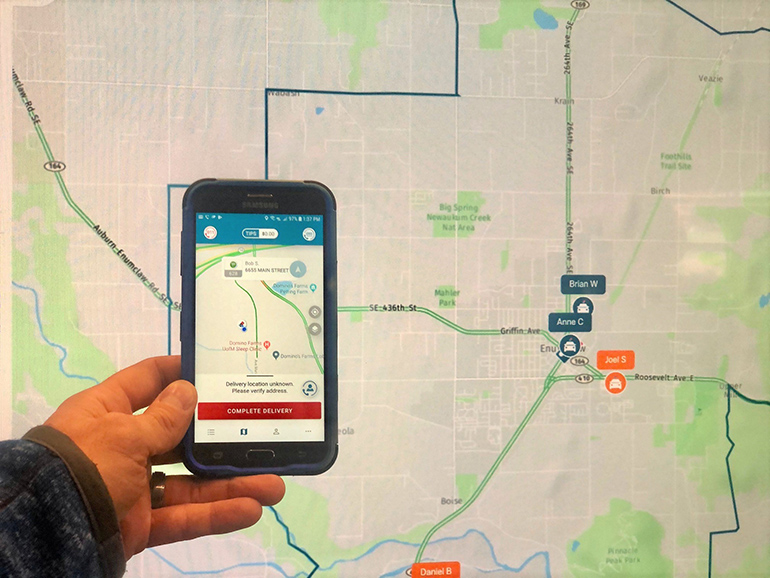 GPS tracking: The chain began testing the Uber-like car tracking system in 27 stores in Arizona earlier this year. Today, a mix of 400 franchise and company stores have adopted the technology in other parts of the U.S. including Miami, Houston and Salt Lake City.

Allison said the GPS tracking system is working to benefit both consumers and restaurant operators. It not only lets customers track where their pizzas are on a map, “it also lets our store managers know exactly where the drivers are as they think about how they do the best and most efficient job of routing products to customers.”

Brand leaders would not discuss the cost of the tracking system, or specific data tied to improvements on speed of service. Mike Grange, who oversees delivery innovations at Domino's, said anecdotally, operators are seeing improvements in service and efficiencies. As a result, the brand is seeing more restaurants adopt the technology. "It's growing every day,"  said Grange, director of digital delivery innovation. 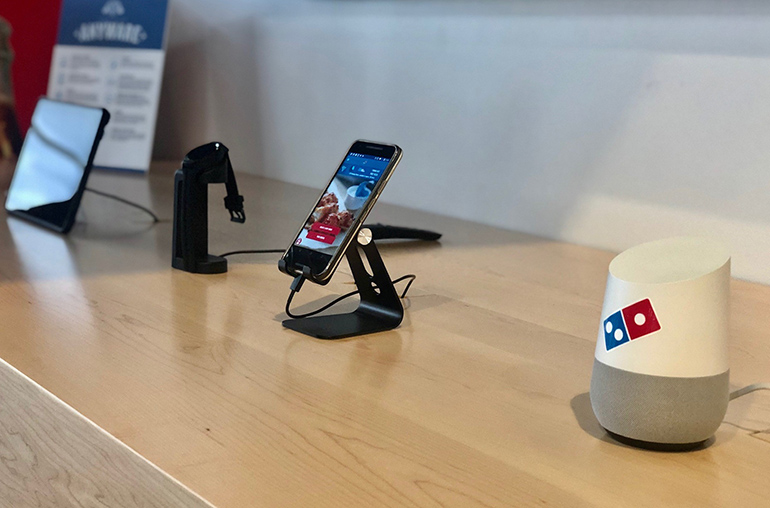 Conversational AI: Chains such as Chipotle Mexican Grill are rolling out voice AI to take phone orders. Domino’s is following suit with a 40-store test of conversational AI for taking phone orders. Garcia, who leads the Innovation Garage teams, said the latest voice technology is essentially the “third iteration” of the brand’s virtual ordering assistant Dom.

And, since Dom has been around for a while, it has gotten smarter through machine learning. That’s important because the “pizza ordering process is actually fairly complex to do,” Garcia said. “I would argue…[that] our bot is way ahead [of rival tech companies] in terms of this type of technology.”

Stay tuned for more details. The company did not disclose which stores are using voice AI for phone orders. 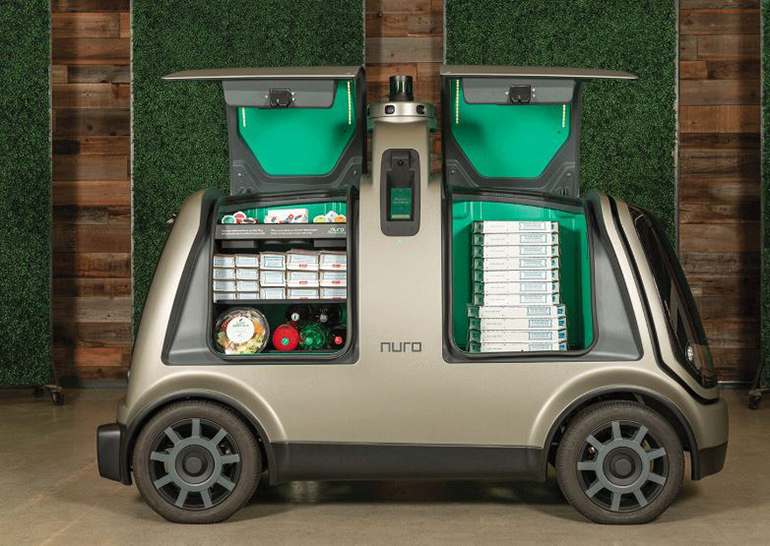 Nuro rover rollout: Domino’s is close to rolling out Nuro, an unmanned autonomous rover that will deliver pizzas to customers in downtown Houston. Domino’s, which is not afraid to quickly pivot when it comes to innovation, said Nuro builds on learnings from the chain's self-driving vehicles test with Ford. That test, which involved more than 200 cars, is now over. The rover, which Nuro calls a delivery robot, is the size of a golf cart. Like a self-driving delivery car, the rover will send a notification to the customer when his or her order is curbside. The customer then enters a code to fetch his or her pizza.

“This is the future of our company. This fundamentally changes our business model,” Chief Digital Officer Dennis Maloney said. “The cost of this will be way different than what it is when a delivery driver is delivering your pizza. We struggle to find enough drivers. Minimum wage is going up. All of that changes with an autonomous vehicle. This is a culmination of all the testing we've done around delivery over the years.”