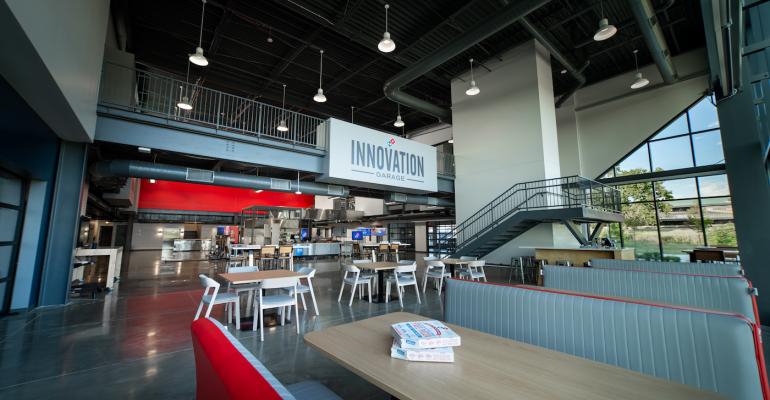 Tech-forward brand Domino’s Pizza Inc. is opening an “Innovation Garage” at its headquarters in Ann Arbor, Mich. to test out delivery and in-store technology. Unlike a test kitchen, this 33,000-square foot, two-story facility will not be open to the public, but it will still operate as a fully functioning Domino’s pizza theater fitted with the brand’s latest customer facing technology like ordering kiosks, carryout trackers, and GPS delivery tracking.

“As a pizza company with a focus on technology, we want our team members to have a workspace that encourages experimentation and fosters an environment to take risks, test innovations and fail-fast so they can bring their best cutting-edge ideas to life for the brand’s customers and stores,” Kelly Garcia, Domino’s chief technology officer said in a press statement.

The Innovation Garage – opening on August 21 — is designed as an open-concept space for 150 employees with workspaces, meeting rooms, and a separate space for delivery inventions. Here, Domino’s will continue testing their growing fleet of robot employees, like the R2 vehicle from robotics company Nuro: Domino’s first completely unmanned autonomous delivery vehicle that will be tested out later this year, along with the constantly improving customer interface that will make ordering and receiving pizza from a robot easier than expected: 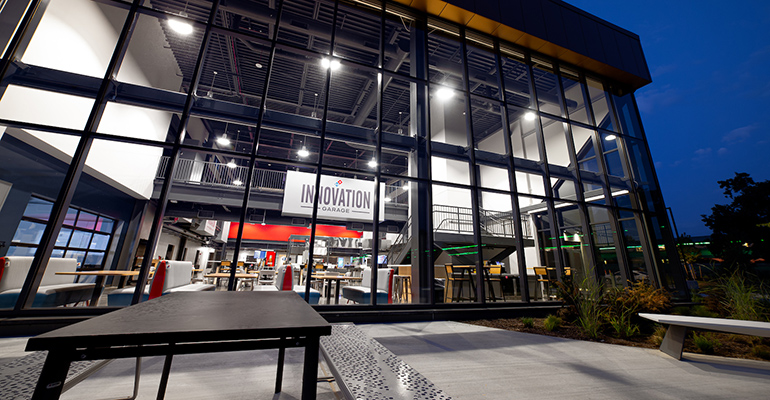 “Domino’s previously tested autonomous pizza delivery with Ford, but in that case, a safety driver was always at the wheel of the car,” company spokesperson Dani Bulger said. “Testing the customer interface on autonomous pizza delivery vehicles entails everything from how customers are notified that the delivery vehicle is near to seeing how customers interact with the vehicles when they retrieve their order. We want to make the customer experience as simple and as friendly as possible, so that means gathering as many learnings as we can.”

Since the Innovation Garage is not open to the public, Domino’s employees can use the space as a blank canvas to test out store layouts, different ways to order, and new customer-facing technology and interactions. But beyond the previously announced R2 vehicle, Domino’s would not elaborate much on future technologies: