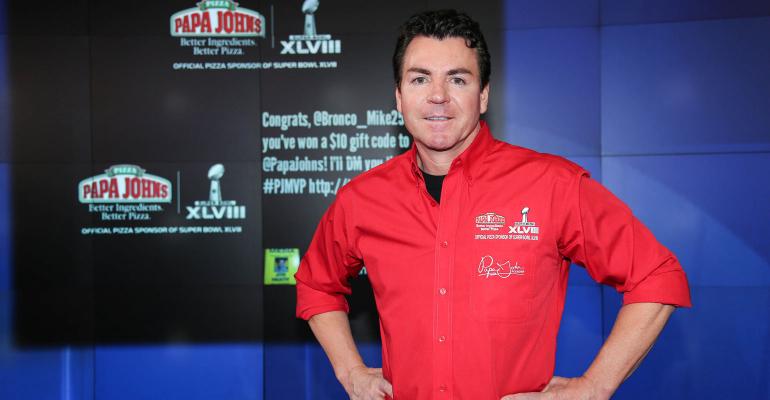 A Delaware state court judge has ordered Papa John’s International Inc. to hand over internal documents to ousted founder and former CEO John Schnatter, who has been locked in battle with the brand he founded since last year.

After six months of deliberation in courts, the Delaware Court of Chancery judge ordered Papa John’s directors to hand over documents and communications related to Schnatter’s departure from the company, including text messages and messages between the corporation and their lawyers.

Related: A look back at Papa John’s tumultuous 2018

Schnatter sued the company last July to get access to the records related to the decision-making process behind his dismissal.

According to court documents, the Delaware judge found that because Schnatter is still a member of the board of directors and the largest stockholder of the company, Papa John’s is not allowed to restrict his access to internal court documents. The court also found that Papa John’s failed to sufficiently provide evidence that Schnatter’s demands are improper.

“We are pleased that Mr. Schnatter was vindicated today by the Delaware Court of Chancery,” Garland A. Kelley, attorney for Schnatter said in a statement. “Mr. Schnatter sought access to those documents after the unexplained and heavy-handed behavior of various Company insiders — including members of the board and some in management — who may have placed their own self-interests ahead of the best interests of the company, its shareholders, employees and franchisees.”

A request for comment from Papa John’s was not immediately returned.

In July of last year, when the suit was initially filed, the company called it “needless and wasteful,” adding that it would not let Schnatter’s actions “distract us from the important work we are doing to move the business forward.”

Papa John’s is still recovering from a whirlwind year of scandal and negative public sentiment, following revelations of Schnatter’s multiple controversial comments, including a racial slur during a conference call. Although Schnatter has since stepped down as chairman and CEO of Papa John’s, he still owns 30 percent of the company. He has been outspoken about his view that the company is mismanaged and worked to regain influence at the company.

In October, Schnatter asked Papa John’s to amend the so-called “poison pill” provision, which would prevent him from working with potential stock buyers, thereby protecting the company from a hostile takeover involving him.

In an August 2018 letter posted to Schnatter’s website, savepapajohns.com, Schnatter accused his former company of promoting a toxic workplace culture and said the cause of the company’s declining sales was “rot at the top.”

Schnatter resigned as chairman in July 2018 following reports that he had used a racial slur during a media agency meeting. Prior to that incident, Schnatter had stepped down as CEO in December 2017 after a controversial earnings call in which he blamed NFL players’ protests for his company’s declining sales.

The company, meanwhile, has worked to stem sales declines and rebuild public trust through new diversity and inclusion initiatives and such marketing efforts as a new rewards program.

For the most recent quarter, ended September 30, Papa John’s same-store sales were down 9.8 percent in North America and down 3.3 percent at international stores.

Papa’s John’s is the nation’s third largest pizza delivery company with 5,247 locations worldwide, as of September 2018.