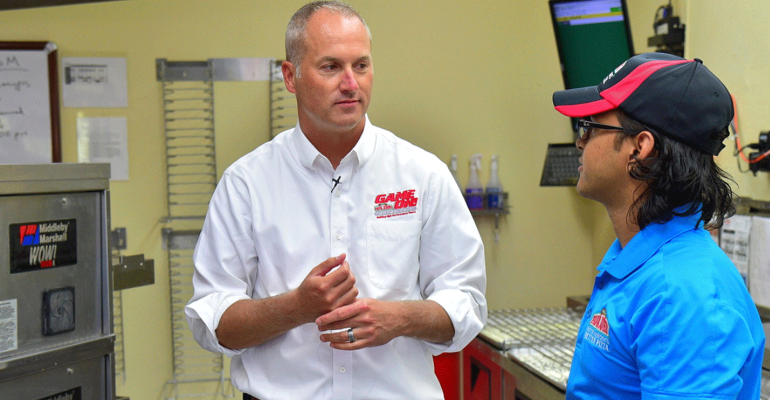 CEO Steve Ritchie said in the message on Papa John’s website that an independent audit of the company’s diversity and inclusion practices was underway, adding that the company’s leadership had recently completed “unconscious bias” training.

He added that he and his team had visited Atlanta, Chicago, Dallas, Detroit and Los Angeles “to get feedback from team members and franchisees on how we can do better.”

“It’s time for us to listen. Past time, really” the beleaguered Louisville, Ky.-based company said on Instagram earlier this month in reference to the “listening tour.”

In addition, Ritchie, who has been CEO since January, said the company was looking at long-term initiatives to increase the number of minority-owned franchise owners.

The company backed up the message Friday with frank posts on social media.

“We heard you,” the company said in a post on Instagram and Twitter Friday afternoon that included social posts admonishing the company for racist comments made by founder and then-CEO John Schnatter that led him to resign as CEO in December and chairman in July.

“Thank you for your anger/criticism/honesty,” the company said in animated social posts accompanied by solemn piano music. “It is making us better.”

Earlier this month, Papa John’s said it was cutting franchise royalties and other fees in the United States and Canada in response to sluggish sales.

The company founder, meanwhile, isn’t going quietly. Schnatter still owns about 30 percent of the company’s shares, and earlier this week began promoting his own website as a way he said he could communicate directly with company employees and shareholders.

As of July 1, Papa John’s had 5,247 restaurants in all 50 states and in 46 other countries and territories.