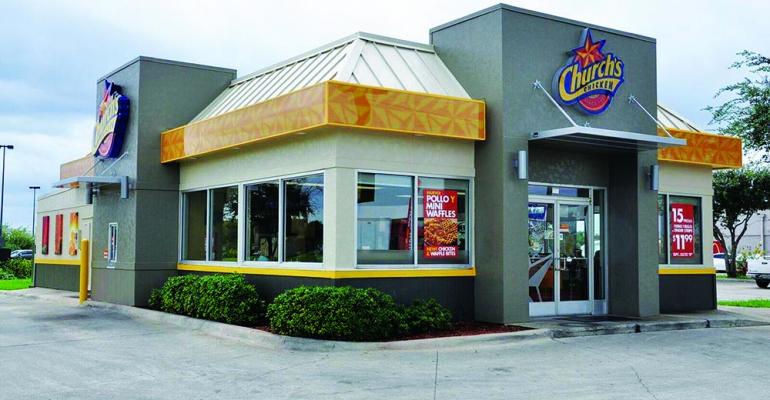 FFL Partners, owner of the Church’s Chicken brand, is reportedly in talks to sell the Atlanta-based quick-service chain.

The San Francisco-based private equity firm has hired advisers to explore the possible sale or other options with an asking price of $350 million or more, unidentified sources told Bloomberg.

FFL Partners originally bought the 1,500-unit Southern chicken chain in 2009 from Bahrain investment firm Arcapita Bank, in a deal with an estimated value of $390 million, according to the Financial Times.

Representatives for Church’s Chicken declined to address the rumors, stating: “Church's Chicken does not comment on speculation and rumors.” FFL Partners did not respond to questions by press time.

Rumors of a sale surfaced just three months after Church’s Chicken announced a brand refresh in March spearheaded by CEO Joe Christina, who was hired in 2016. The multi-year brand revamp is intended to bring the brand “down-home” to its native Texas roots, and includes a facelift to U.S. restaurants, new logo and new limited-time summer menu items.

The company said the brand refresh would be more noticeable overseas — where the restaurant chain is known as Texas Chicken — with updates to restaurant signage, layout and menu items.

“I think when you’re a 67-year-old brand, you have to think about updating periodically,” Christina said at the time.

Church’s Chicken has locations in 29 U.S. states and more than 20 countries.