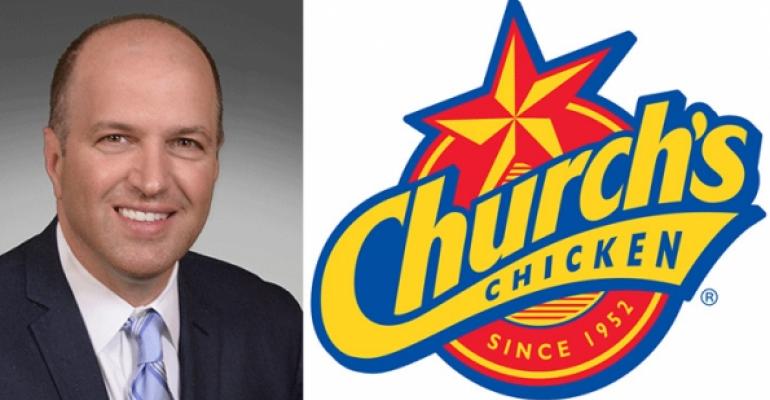 Christina has served as the Church’s Chicken executive vice president of U.S. operations since 2013, overseeing operations at more than 1,150 franchise and company-owned restaurants in 29 states.

He succeeds Hyatt, who has served as CEO since 2011 and who will remain as a company director.

“I’m honored to take on the new role of CEO at Church’s, and I look forward to building on the progress we’ve achieved under Jim’s leadership,” Christina said in a statement. “I am committed to empowering our team members and providing the strategic direction to ensure we continue to deliver an outstanding experience.”

Prior to joining Church’s Chicken, Christina served as senior vice president at Burger King as well as other roles at that company.

“Joe is an exceptional restaurant operations executive with a proven track record who is known for his team-building and results-driven approach,” said Tully Friedman, Church’s board chairman.

“He has had a tremendous impact since joining the company, and we are confident that, as CEO, Joe will provide the leadership, insight and energy needed for Church’s next phase of success.”

In Nation’s Restaurant News’ Top 100 this year, Church’s Chicken ranked No. 57 with $837.5 million in U.S. systemwide sales for the fiscal year ended December 2015.

Church’s was founded in 1952 in San Antonio, Texas, and has more than 1,650 locations, including those in 25 countries abroad where it operates under the Texas Chicken brand.

The company said its systemwide sales worldwide were more than $1 billion.