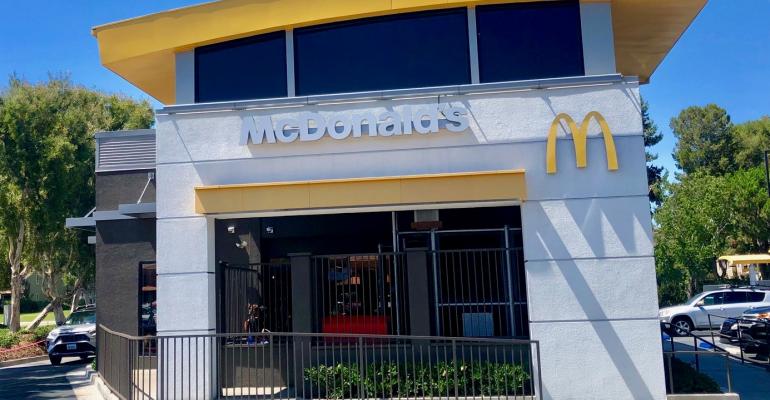 Appeal of McDonald's joint employer settlement denied by Labor board

McDonald's workers plan to appeal case in federal court; decision comes after a leading House Democrat suggests that the National Labor Relations Board is hiding documents that could prove misconduct by the labor panel.

An appeal of joint employer settlement favoring McDonald’s Corp. was denied late Wednesday by the National Labor Relations Board, which has been accused by the Democratic House Chair of the Committee on Education and Labor of hiding documents that could prove misconduct by the labor board.

Earlier this year, the Service Employees International Union asked the NLRB to reopen the case on grounds that one of its members should have recused himself because he previously worked directly with McDonald’s franchisees.

In December, the NLRB asked a judge to approve a previously rejected settlement with McDonald’s Corp. The decision ended a long legal battle where the chain was accused by employees of unfair labor practices as a joint employer.

Terms of the settlement, initially negotiated in March 2018, were never disclosed by either party. The settlement appeared to be favorable to McDonald’s Corp. as it allowed the Chicago-based chain, its franchisees and their employees to move forward on all matters “without any admission of wrongdoing,” the company stated back in December.

McDonald’s could not be reached for immediate comment on today’s ruling.

The NLRB decision comes after Bobby Scott, Chair of the Committee on Education and Labor, sent the labor board a letter, dated Sept. 1,  asking the panel to produce documents that could validate allegations of conflict interest on the board. He pointed to the board’s approval of the McDonald’s joint-employer settlement – an order that included a vote from a board member who previously worked at a law firm that had represented McDonald’s franchisees.

The NLRB has refused to hand over documents to the House committee, leading Scott to conclude that the documents “substantiate allegations of misconduct.” He called the board’s refusal a “cover up,” according to the letter.

Micah Wissinger, attorney for the McDonald's workers, said the union will appeal the ruling in federal court.

"Today’s ruling is not surprising in the least for a board that has been doing McDonald’s bidding ever since President Trump took office,” Wissinger said. “In the meantime, we’re confident Congress will get to the bottom of  the shenanigans between the Trump administration and McDonald’s and we’re eager to see what yesterday’s subpoenas turn up."