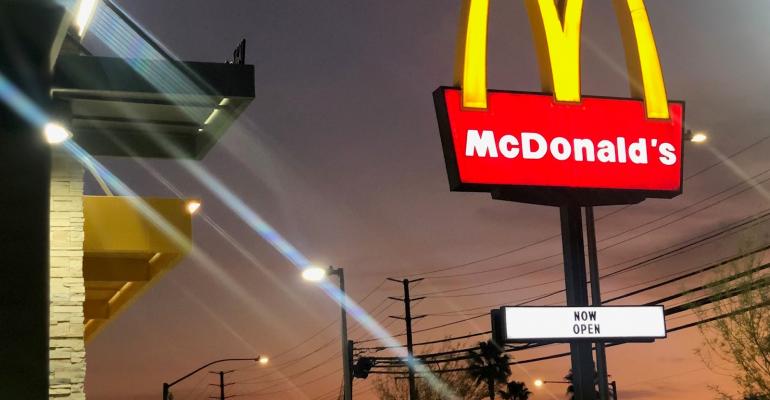 The National Labor Relations Board has asked a judge to approve a previously rejected settlement with McDonald’s Corp., a decision that would end a long legal battle where the chain was accused of unfair labor practices as a joint employer.

Terms of the settlement, initially negotiated in March 2018, were not disclosed by either organization.

The announcement comes more than a year after a judge rejected the proposed settlement between McDonald’s and NLRB. At the time, Administrative Law Judge Lauren Esposito ruled that the settlement lacked “certain fundamental elements” for it be effective.

But on Thursday, the labor board said “the settlements will provide a full remedy for all alleged substantive violations.”

“On special appeal, the Board vacated the judge’s order, and remanded the case to the judge with instructions to approve the settlement agreements,” the NLRB said.

In a statement, Chicago-based McDonald's Corp. said the chain is "pleased that the unfair labor practice proceedings involving McDonald’s USA and the various franchisees across the country are now concluded through the NRLB’s decision today."

"We appreciate the efforts of the National Labor Relations Board and General Counsel Robb to bring this multi-year litigation to an end," McDonald's said. "The settlement, which the NLRB approved in its decision today, allows our franchisees and their employees to move forward, and resolves all matters without any admission of wrongdoing. Additionally, current and former franchisee employees involved in the proceedings can now receive long overdue satisfaction of their claims.”

The legal battle began after labor advocacy group Fight for $15 protested the firing of employees fighting for higher wages. The NLRB eventually issued complaints against McDonald’s in 2015, consolidating several others made against franchisees in Los Angeles, Philadelphia, Sacramento, New York, Chicago and Indianapolis.

The board alleged McDonald's was a “joint employer” of its franchisees’ employees, and it was therefore liable for their treatment.  In March 2018, McDonald's and NLRB reached a settlement in the case even though the chain maintained its firm position that it “is not and never has been a joint employer with its franchisee.”