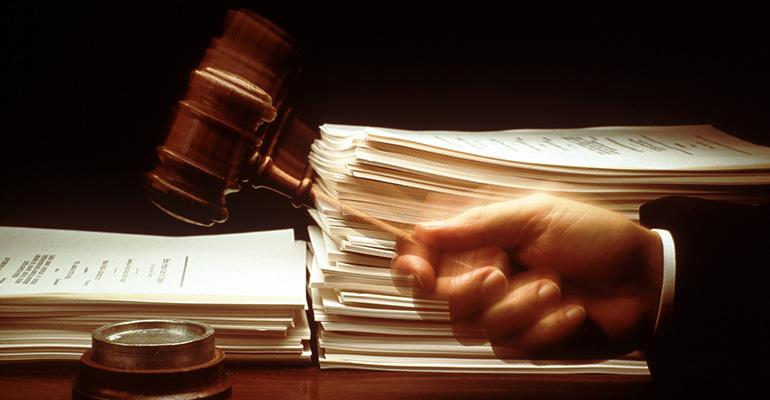 The ruling in the U.S. District Court for the Southern District of New York “is a critical win for the many American workers who would experience wage theft or a decrease in income due to this reckless rule,” said Letitia James, attorney general for New York State.

New York was one 17 states and the District of Columbia that sued the Labor Department in February to overturn the new interpretation of the joint-employer status under the Fair Labor Standards Act, which was announced in January and went into effect in March.

“As our country continues to face the economic impacts of the COVID-19 crisis, we cannot allow lower- and middle- income workers to be put at an even greater financial disadvantage,” James said in a statement after the ruling. “I will continue to do everything within my legal power to ensure the Trump administration does not interfere with hardworking Americans receiving the wages they deserve.”

U.S. District Judge Gregory Woods, in his ruling, said the Labor Department under Trump and Labor Secretary Eugene Scalia veered from the agency’s interpretation in earlier cases, saying the new reforms were “arbitrary and capricious.”

The Labor Department’s new joint employer rule would make it harder for workers to sue large employers, such as chains like McDonald’s Corp., if they fell short in minimum wages or overtime pay.

Business groups said the ruling would have a negative impact on businesses that franchise.

Matt Haller, the IFA's senior vice president of government relations and public affairs, said: “This decision will harm small businesses and their employees across the country.

"It’s unfortunate that, in the middle of a pandemic, this ruling has thrown a wrench into small businesses’ economic recovery," Haller said. "IFA is reviewing all possible options as we consider our next steps to defend the franchise business model.”

Judge Woods said the Labor Department under the Trump administration strayed from the agency’s earlier interpretation of the issue.

The Obama administration had broadly interpreted “joint employment,” a move that had drawn praise from worker groups.

New York’s attorney general and other plaintiffs argued that the new “DOL rule that unlawfully narrows the joint-employment standard under FLSA.”

The FLSA is the federal law establishing a baseline of critical workplace protections, such as minimum wage and overtime.

The plaintiffs claimed the rule directly undermined Congress’ intent for the FLSA, and that the USDOL violated the rulemaking process requirements. They also said it would increase regulatory burdens on states.

The group of plaintiff states had asked the Trump administration in  March to halt implementation of the joint-employer rule because of the coronavirus pandemic’s effect on hourly wages.

“The Trump administration rejected the coalition’s request,” the New York attorney general said in a press release. “Accordingly, the coalition moved with the litigation and filed a motion for summary judgment, which today’s decision largely granted.”

Some members of Congress praised the district judge’s ruling.

The DOL's Joint Employer rule would have exposed millions to wage theft & workplace violations by ignoring the Fair Labor Standards Act & rigging the system to favor large corporations. This ruling confirms just that & is a victory for working Americans. https://t.co/TqjzcRGOMZ

The Labor Department does have the option to appeal the judge's ruling, but no statements had been made on that.