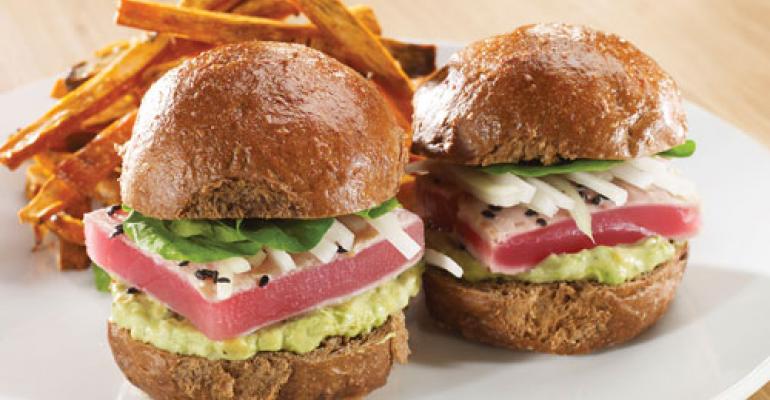 The California location — a first in the state for Arizona-based Fox Restaurant Concepts — will be followed by a third True Food unit in October in Scottsdale, Ariz., and a fourth scheduled to open in October 2011 in Santa Monica, Calif., said Sam Fox, the restaurant group’s president and chief executive.

True Food Kitchen, which debuted in Phoenix in 2008, was developed with health guru and author Dr. Andrew Weil, known for such books as “Spontaneous Healing” and “Eating Well for Optimum Health.”

The concept’s goal is to offer “great tasting food that’s good for you,” following Weil’s teachings about how food impacts the body and spirit, Fox said.

Fox said he was initially reluctant to attempt Weil’s idea for a restaurant, noting how difficult it is to open a health-focused eatery that would also be commercially successful.

After opening True Food in Phoenix, however, Fox said he was amazed how the concept “connected with guests.”

“We have people who eat there four to five days a week,” he said. “It’s so on trend.”

Last year, the concept also caught the attention of P.F. Chang’s China Bistro, which agreed to lend Fox $10 million to grow the brand in a deal that could be converted to an equity position.

“We’ll see what happens with our relationship with P.F. Chang’s,” Fox said. “They might be an engine to take this national.”

The second location of True Food is scheduled to open Aug. 2 in Newport Beach at the Fashion Island shopping complex.

The 251-seat full-service concept will offer lunch and dinner, as well as breakfast on the weekends. The menu, developed by executive chef Michael Stebner, is described by Fox as a blend of Mediterranean and Asian flavors with locally grown ingredients in a broad menu that includes soups, salads, appetizers, pastas, rice and noodle dishes, sandwiches, burgers, brick-oven pizzas and desserts.

Beverages include coffee drinks, juice, teas, organic and low-calorie beers and sakes, as well as a full bar. All wines will be selected based on the vineyard’s commitment to organic, biodynamic or sustainable farming practices.

The average ticket will be about $16 at lunch and $27 at dinner, Fox said.

Fox said True Food is the first of his group’s 12 concepts to come to California, a market the company has avoided in the past because of its unfriendly business climate and, in recent years, its hard-hit economy.

“But if any of the concepts among our brands belong in California, True Foods does,” he said.