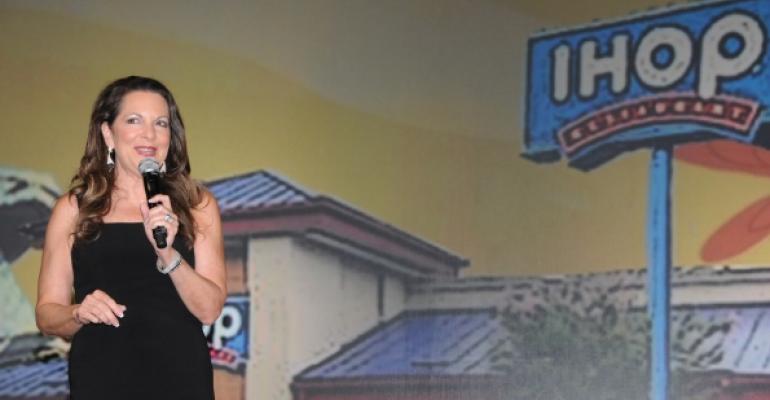 It was a big chunk of debt for the smaller-cap IHOP to take on at the time, and it was 2007.

Then Stewart proved the naysayers wrong.

The refranchising helped DineEquity pay down debt, which was successfully refinanced with lower interest rates in 2014.

Meanwhile, DineEquity’s investments in IHOP were working. The family-dining chain reported its strongest same-store sales in a decade in 2014, a trend that continued into 2015.

In the third quarter of 2015, IHOP’s domestic systemwide same-store sales rose 5.8 percent and the company projected increases between 4 percent and 6 percent for the year.

Turnaround attempts at Applebee’s, however, have sputtered.

Stewart pledged to translate some of the improvements made at the 1,660-unit IHOP to the 2,016-unit Applebee’s.

In September, DineEquity announced plans to consolidate some of Applebee’s and IHOP’s support functions to position the company to be more “nimble, effective and efficient,” said Stewart, who was named the Nation’s Restaurant News 2015 Operator of the Year.

As a result, Applebee’s president Steven Layt stepped down and Stewart was named interim president. She pledged to steer the chain back on course.

Plans include a revitalization of the bar, a new building prototype and remodel, as well as work on the menu and atmosphere.

The changes will begin to emerge in 2016, as Stewart attempts to rewrite the Applebee’s brand story in a way that defies the lackluster trends of casual dining.

Not shy of a bold statement, Stewart has pledged not only to turn around Applebee’s, but to “build an insurmountable lead in the category,” she told Wall Street analysts during a recent earnings call.

In a way, Stewart will be able to finish what she started.