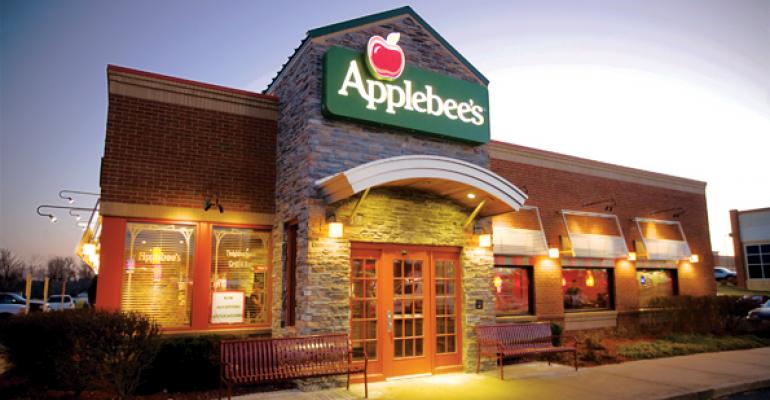 Applebee’s president Steven Layt stepped down on Wednesday as part of a strategic move to consolidate some of the casual-dining chain’s support functions with sister brand IHOP. Julia Stewart, CEO of Applebee's parent company DineEquity Inc., will serve as interim president of Applebee’s in addition to her current responsibilities.

DineEquity said the two brands will be collaborating more closely at the company’s Glendale, Calif. base support center, where IHOP is also based.

Applebee’s’ Kansas City, Mo. office has 220 to 240 employees. The brand is entirely franchised.

The casual-dining brand’s culinary, operations and marketing divisions will be moved from Kansas City to Glendale over the near term, though the exact timing is not clear, said Kevin Mortesen, a DineEquity’s vice president, communications.

Four remaining departments, including point-of-sale support, the help desk, guest relations and accounting, will remain in Kansas City for the foreseeable future, representing about 80 to 90 people.

Of the remaining 150 or so Kansas City employees, 10 to 20 percent will be offered an opportunity to relocate to California or their jobs will be filled in Glendale, Mortesen said.

All impacted workers will be paid through Feb. 1, giving them five months notice, and the company will provide career transition support in the interim, he said.

Mortesen said it’s not clear whether all of the Kansas City divisions will move in the future.

Layt chose not to relocate to California, and his resignation was effective as of Friday, the company said.

“This move best positions the company to act as a nimble, effective and efficient force for the future,” said Stewart. “Consolidating most brand-centric, franchisee and consumer-facing aspects of Applebee’s is an important step in that direction.”

DineEquity estimated the cost associated with the consolidation will be roughly $3 million in fiscal 2015, including severance and other personnel costs. In fiscal 2016, the costs will likely be about $10 million.

“While there will be some costs associated with this, we remain fully committed to returning substantially all of our free cash flow to shareholders,” Stewart added.