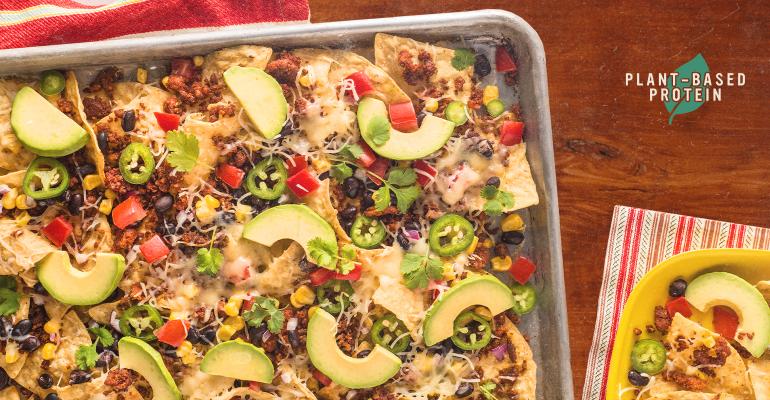 Plant-based eating has increased over 3,000% in the past four years! Now is the time to get aboard this juggernaut. Make your menu trend right with these 15 ideas.

This may be the end of the veggie plate as we knew it. When a Michelin three-star restaurant like Eleven Madison Park in New York City goes 100% vegan, it’s clear that something big is happening in the food world.

That would be the plant-based eating trend. According to Datassential, “plant based” grew a whopping 3,298.6% on U.S. menus over the past four years1, and more consumers—especially Gen Z and Millennials—are eating more plant foods and plant-based proteins, even if they don’t identify as vegan or vegetarian.

Plant proteins are an especially hot topic, in fact. And as with so many things, the pandemic accelerated it, as more homebound consumers sampled plant-based meat for the first time in 2020—30% of respondents in a Revenue Management Solutions survey, for reasons of health and the environment, among other issues. Furthermore, 23% said they would likely switch to another restaurant brand if it offered plant-based meats.2

Clearly it’s time to integrate more plant-based offerings into menus, with heavy produce focus, plus plant proteins like beans, grains, nuts and seeds, and plant-based meat. And the key to making them sell among carnivores and flexitarians is to create craveable specialties.

Burgers and other sandwiches, global items (such as Indian, Mexican, and Asian), pizza, pasta, and salads are especially well-suited to plant-based applications, along with grain bowls, blended drinks, and appetizers. And remember that “plant-based” doesn’t have to be entirely free of animal products such as cheese, eggs, and small amounts of meat. The point is to eat more whole plant foods, and reduce consumption of meat, not do away with it altogether.