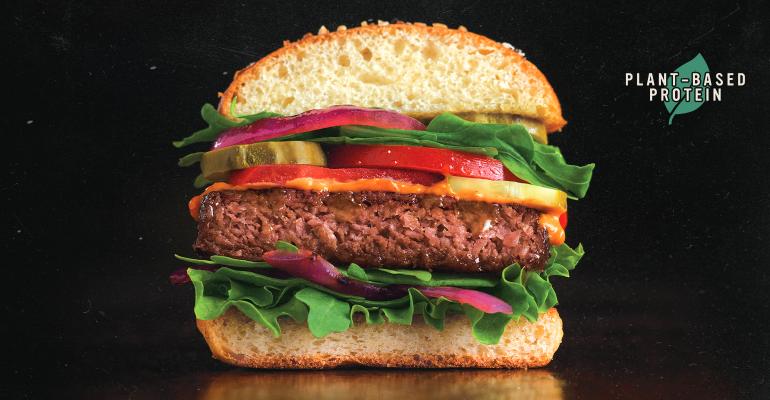 Cash in on plant-based meat alternatives

Plant-based meat alternatives have come a long way from veggie burgers. The new choices offer satisfying flavor on par with the real thing. Read about the future of this trend, here.

In addition, says the research firm, about 90% of plant-based users are neither vegetarian nor vegan; the trend is about options, not rejecting traditional protein sources. Flexitarians, in other words, are the target market.

From new burgers and other ground-meat alternatives such as sausage, to bacon and ham substitutes, to a nascent list of poultry and fish/seafood analogs, plant-based proteins are garnering a lot of attention. Menu-ready plant-based items like burritos, pizza, breakfast sandwiches, and bowls are also becoming available.

Because they’re such a popular menu item, burgers are often the operator’s first foray into mock meats; in addition, consumers already have familiarity with the veggie burger category.

Many chains are introducing burger substitutes made from plants—including pea protein, soy, wheat gluten, and rice and other grains. Operators are also making their own substitutes using such whole-food ingredients as beans and lentils; cauliflower; mushrooms; whole grains like millet, barley, and quinoa; and tofu, tempeh, and seitan (for those customers who are soy- and/or gluten-friendly).

Whether choosing to go with a prepared convenience product or developing one in-house, here are some guidelines and ideas: